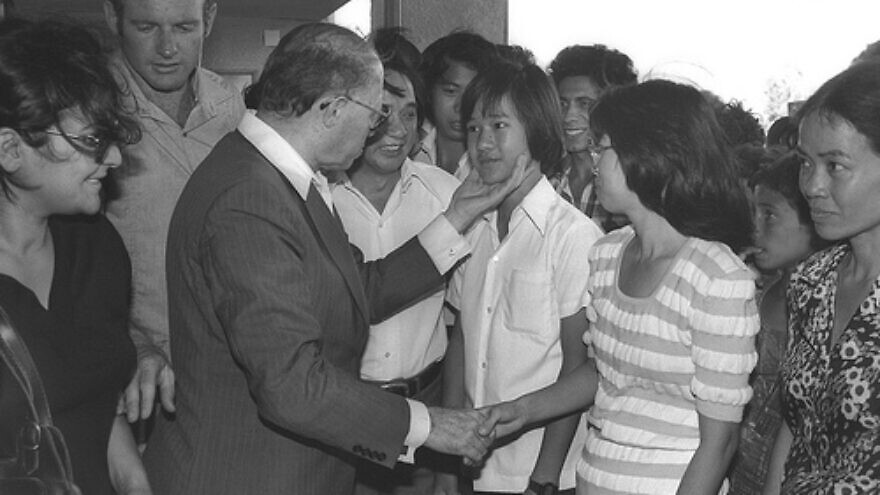 (July 3, 2022 / JNS) Tongi Noyan, 28, works as a real estate broker in Tel Aviv. He speaks perfect Hebrew, with no accent, and a casual observer might initially assume–given his Asian appearance–that he is a Jew from some far-flung corner of the Diaspora. Or perhaps a recent convert.

“I often get mistaken for Filipino or Bene Menashe [Indian Jew from the Burmese border],” he told JNS with a chuckle. “But older folks are more familiar with the story of how Prime Minister Menachem Begin gave us, the Vietnamese, asylum in the 1970s.”

From 1977 to 1979, Begin permitted entry to around 360 of the so-called Vietnamese “boat people,” in the aftermath of the Communist takeover of the Southeast Asian nation. At the time, Begin justified his actions by citing parallels with Jews struggling to find refuge during the Holocaust.

Tongi’s mother, Tuyet Noyan, told JNS: “I remember Mr. Begin having a very warm and welcoming personality, but I could not understand a word he said because I did not know any Hebrew at the time.”

Of those granted asylum in Israel, most settled around Jaffa and Bat Yam; the community is today estimated to number around 150 to 200. 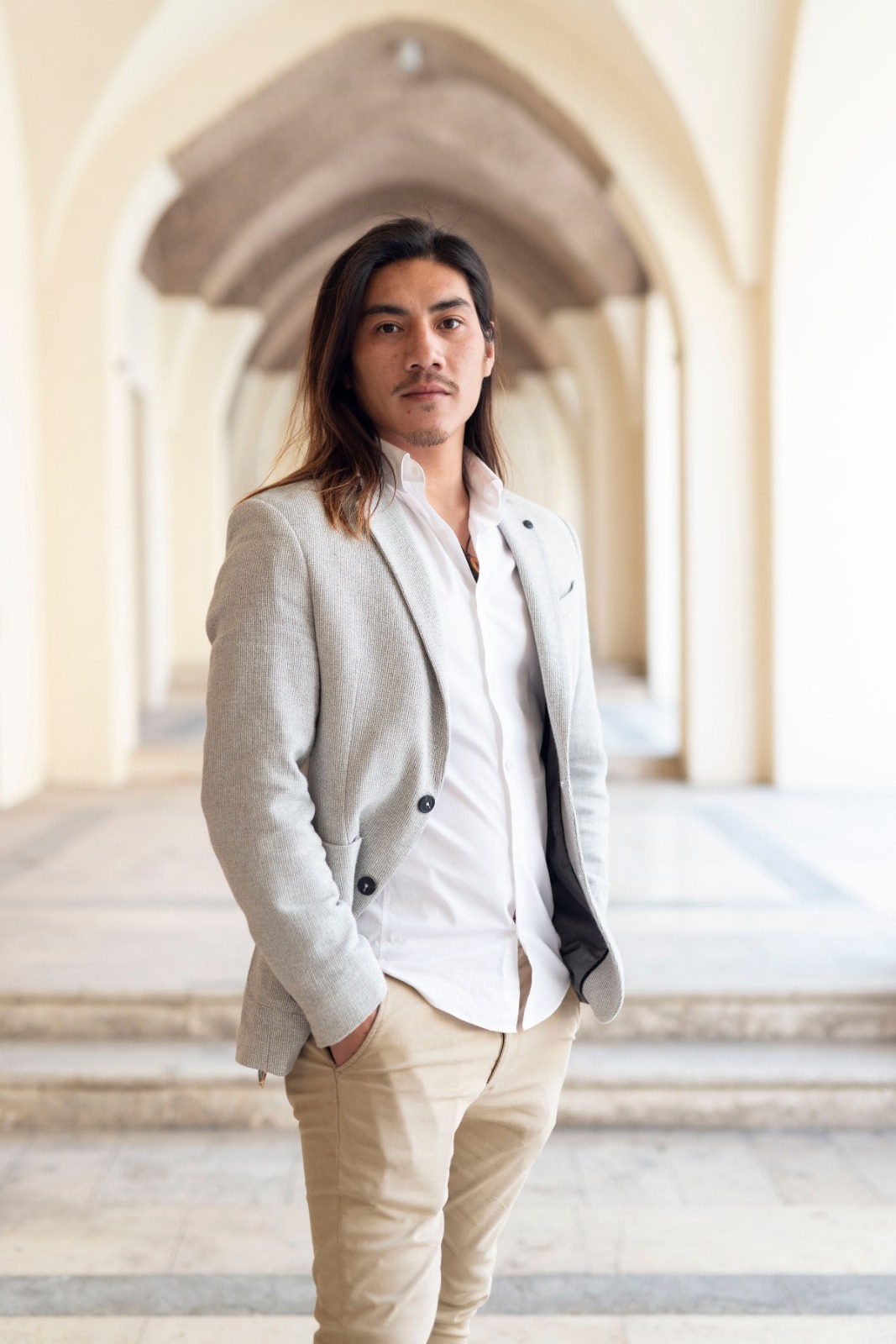 Tongi says that his parents first landed in Nahariya, in what they described as a “strange new world.”

Tuyet describes how she fled her coastal town of Ninh Hòa in her early 20s, on a rickety old fishing boat crammed with more than 300 people. It was not the safest option, but after seeing her mother blown up in front of her eyes in a rice field, she said, she decided it was time to go. Almost a million others made the same decision, fleeing by sea to various destinations; hundreds of thousands died along the way.

They had no food or water for much of the journey, recalls Tuyet, although passing ships would give them aid out of kindness. They also ran the risk of being attacked by pirates. They eventually got to the isle of Palawan, in the Philippines.

While at a refugee camp in the Philippines, some of the men, including Tuyet’s husband and brother, were arrested on suspicion of having fought for the communist Viet Cong militia. Then, one fateful day, they heard that Israel was giving asylum to married couples. Tuyet and her husband were able to move to Israel in 1979. Her younger siblings who had also come with her on the boat were not married yet, so the family ended up getting separated—the others eventually migrated to the United States.

Many of the refugees had received only a primary school education (or none) and weren’t functionally literate even in their native Vietnamese, so learning both spoken and written Hebrew were major obstacles for them.

Tuyet remembers an individual named Phong Le Quang, who stood out as the only Vietnamese refugee in Israel who could speak English, which he had learned from U.S. soldiers while serving in the South Vietnamese Army. “His knowledge of the language greatly helped the community to communicate with Israelis before we eventually picked up Hebrew,” said Tuyet.

The Noyan family opened a Chinese restaurant in Herzliya in 1985, called Asia. After more than three decades in business, it closed in 2020 due to the effects of the COVID-19 pandemic. Tongi has fond memories of helping out after school, as a child. During the Chinese New Year, they made Vietnamese dishes due to popular demand, including pho soup, banh bao (dumplings) and Vietnamese spring rolls.

Tongi also recalls how American Jews would follow the same tradition they had back home and go out for Chinese food on Christmas Day.

When asked what religion he followed, Tongi was silent for a moment. Then, he said that the majority of Vietnamese Israelis are Buddhists, like his father, with some being Christian, like his mother. Some, he said, have also recently converted to Judaism. Many Vietnamese also practice ancestor worship regardless of what faith they profess, showing a form of religious syncretism.

“While in Israel, we still celebrate Tết Nguyên Đán, or the Vietnamese New Year,” he said. “There is no Buddhist temple, so we have to conduct ceremonies at someone’s home. It is a tight-knit group and most of us know each other,” he added.

Tongi speaks Hebrew and Vietnamese but acknowledges that he is not as fluent in his ethnic tongue as his three older siblings are. When he visited Vietnam in the past to see his parent’s home villages, many locals pointed out his foreign accent almost immediately.

While noting that many members of the community have since left Israel for the United States, France or other countries, including Vietnam, to him the Jewish state is home.

“Of course, I’m a true Israeli. I love surfing in the morning, I speak Hebrew, I was born and raised here,” he said. “I’m sincerely grateful to this country for taking in my family and giving us the opportunity to rebuild our lives here.” 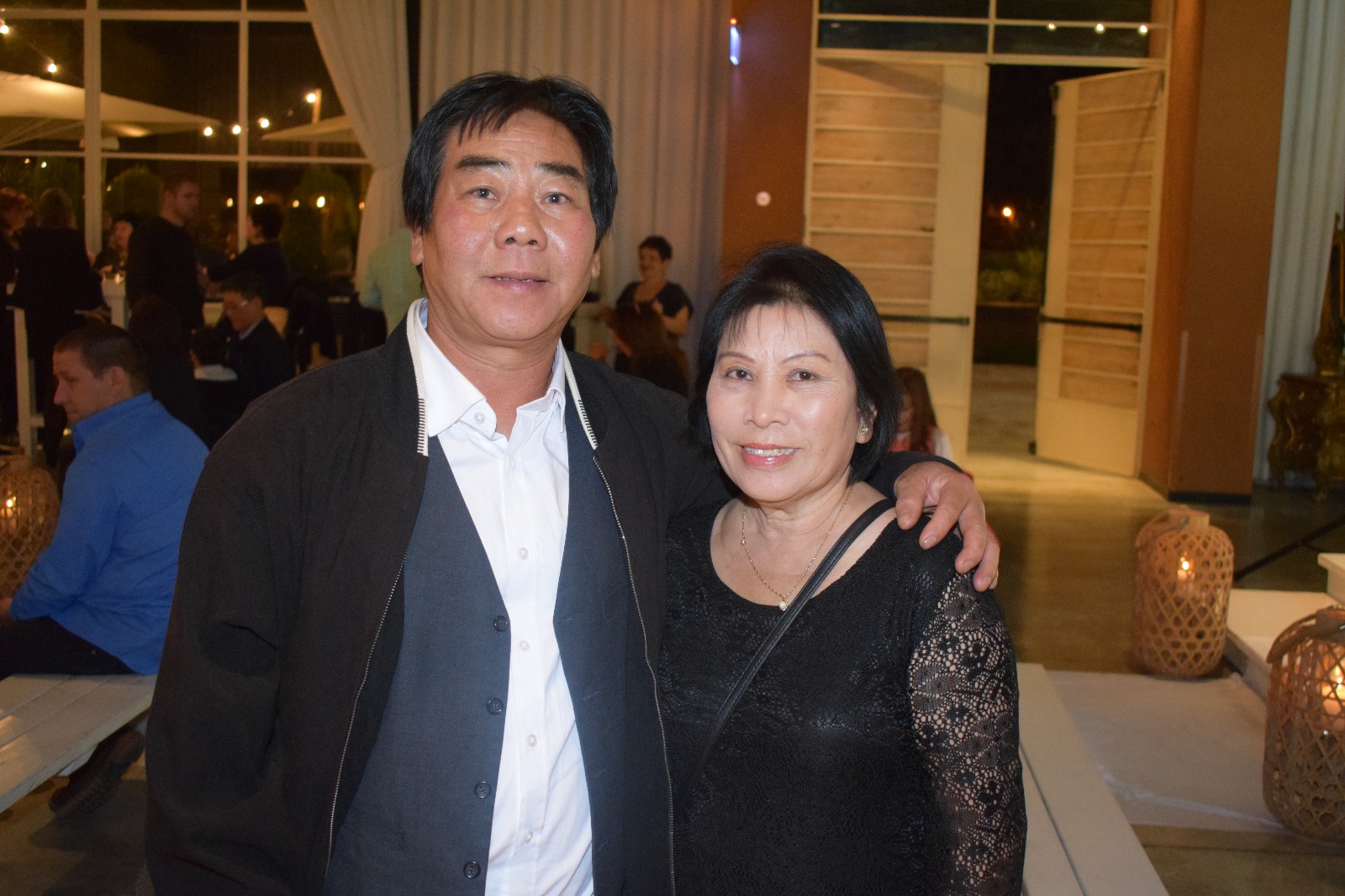 Van Lam and Tuyet Noyan. Credit: Courtesy.
Republish this article in your newspaper or website