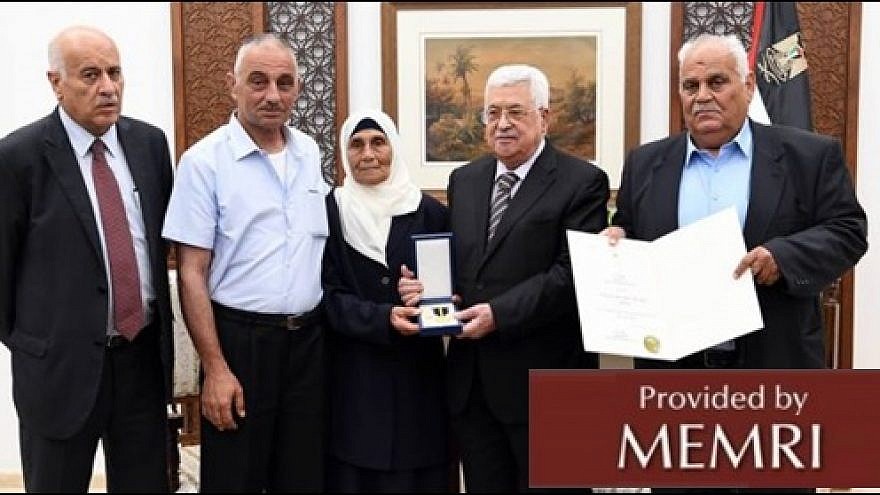 (July 25, 2018 / MEMRI) Since U.S. President Donald Trump took office, the Palestinian Authority has been pressured to stop the allowances it has been paying to families of Palestinian martyrs, wounded, prisoners and released prisoners since it was established on the grounds that these payments encourage continued terrorism.

Senior P.A. officials, headed by leader Mahmoud Abbas, totally reject this demand and emphasize that these payments will not be stopped, noting that they are a clear national obligation. At an August 2017 meeting with Trump’s senior advisor and son-in-law Jared Kushner, Abbas said that he would never stop the payments to the families of prisoners, released prisoners and martyrs, even if he was forced out of office as a result.

A month later, Abbas said in an interview with the London-based Qatari daily Al-Quds Al-Arabi that he would not give in to the American and Israeli demand to stop payments to the families of prisoners and martyrs, calling them “fighters” and underlining his obligation to them.

In similar statements on July 23, 2018, at a Ramallah ceremony, he called the prisoners “pioneers” and “stars in the firmament of the Palestinian people’s struggle” who head the Palestinian priorities. He added that the payments would not be stopped.

Full report can be read here.