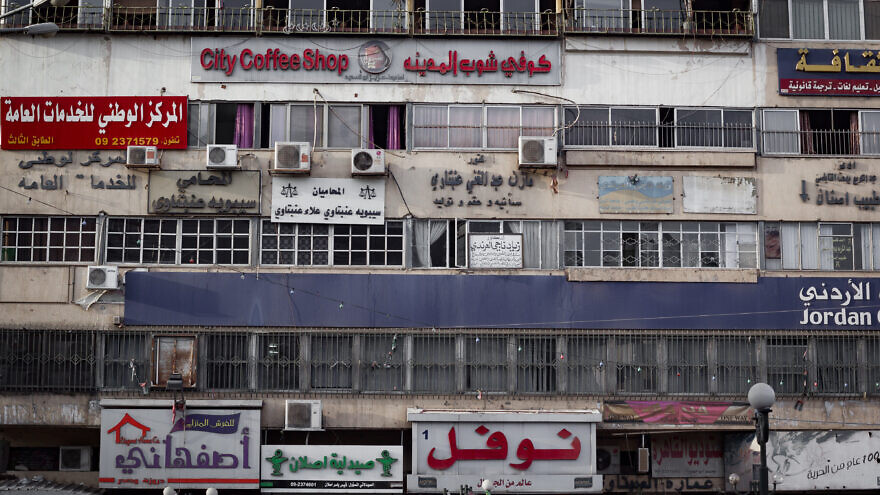 The downtown center of Nablus, named as one of the oldest cities in the world, in the Palestinian Authority, Nov. 15, 2016. Photo by Sebi Berens/Flash90.
Spread the word.
Help JNS grow!
Share now:

The American Jewish Committee released on Tuesday the eighth and latest in its series of Arabic-language online videos the organization said is aimed at raising awareness in the Arab world about the scourge of Jew-hatred.

“What is anti-Semitism?” is the title of a video that briefly explains the “history of anti-Semitism and its present-day manifestations,” according to a news release, and explores the varying forms of anti-Jewish “discourse” in the Arab world, as well as anti-Semitic tropes found in modern Europe. That includes “Jew-hatred masquerading as anti-Israel sentiment and misappropriation of Islamic sources by extremists.”

The video ends by recognizing Arab allies and calling on action to better understand Judaism and to actively counter anti-Semitism.

It identifies some anti-Semitic ideologies as a danger to Muslims, pointing out that they, too, were targeted—forced to convert and expelled—during and prior to the Spanish Inquisition. And it notes that recent gunmen, such as the shooter of the Tree of Life*Or L’Simcha Synagogue in Pittsburgh in 2018 and the mosque shooter in Christchurch, New Zealand, the following year subscribed to white supremacist and similar anti-Semitic ideologies.

The video is part of a series titled “An al-Yahud” (“About the Jews”), which the organization launched in 2020. Previous topics covered include the origins and beliefs of the Jewish people; the history of Muslim-Jewish relations; the Holocaust; Jewish ties to Jerusalem; the anti-Semitic forgery The Protocols of the Elders of Zion; Israel’s diversity; and a profile of American Jews.

The series has been viewed by tens of millions of Arabic speakers, according to the release, including in Egypt, Saudi Arabia, Morocco, Tunisia, Jordan, the West Bank, the Gaza Strip and the United Arab Emirates. The project’s Arabic language social-media channels have more than 800,000 followers. The series is also available in English.

For the past three decades, AJC has met regularly with Arab and Muslim leaders across the Middle East and North Africa to exchange views on matters of mutual concern and help strengthen ties between Jews and Muslims, as well as Israel and Arab nations.

“We have always believed that if one religious, racial or ethnic group is targeted because of its identity, then we are all at risk,” said AJC CEO David Harris. “That’s why we have always stood up against attacks on other communities. And as anti-Semitism rises around the world, we look to more and more of our brothers and sisters of other faiths, including Muslims, to stand with us.”