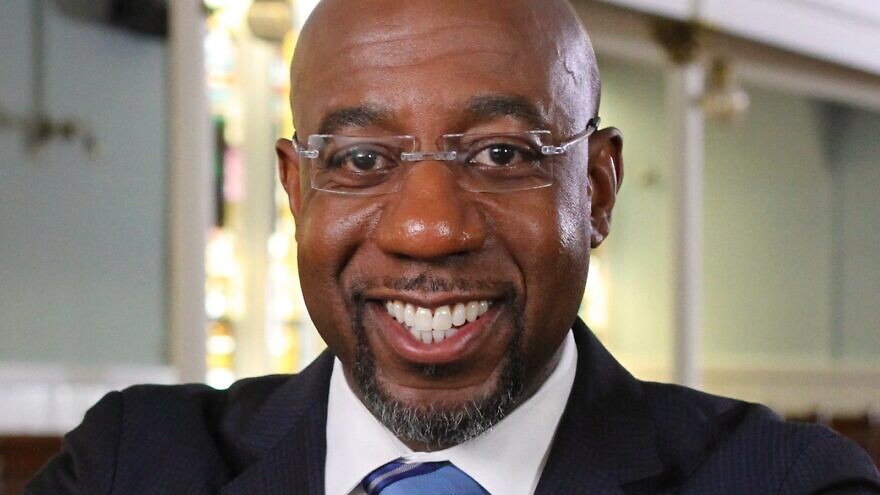 (November 24, 2020 / JNS) Nearly 170 rabbis and cantors have signed a letter in support of Georgia Democratic Senate candidate Rev. Raphael Warnock as he has come under fire for his past positions on Israel and defending pastor Jeremiah Wright, known for his anti-Semitic rhetoric.

In signing the letter, circulated by the Jewish Democratic Council of America, the group of 169 rabbis and cantors said “they reject the baseless claims and attacks targeting him amid this Senate election” and “are also deeply concerned about the possibility that racial bias is driving these false accusations, which we reject in the strongest possible terms.”

They stated that Warnock is a friend of Israel, and that he “recognizes that being a true friend also means being a truth-teller who does not shy away from hard conversations, and he has made no secret of his strong reservations and concerns over Israeli settlement expansion, which may impede prospects for a two-state solution to the Israeli-Palestinian conflict.”

Warnock signed a letter last year that likened Israeli control of the West Bank to “previous oppressive regimes” such as “apartheid South Africa” and suggested that “ever-present physical walls that wall in Palestinians” are “reminiscent of the Berlin Wall.”

Additionally, in a May 2018 sermon, he compared the Palestinian cause to the Black Lives Matter Movement.

He also called for “a two-state solution where all of God’s children can live together” and accused Israel of shooting “unarmed Palestinian sisters and brothers like birds of prey. And I don’t care who does it, it is wrong. It is wrong to shoot down God’s children like they don’t matter at all. And it’s no more anti-Semitic for me to say that than it is anti-white for me to say that black lives matter. Palestinian lives matter.”

In the JDCA letter, the rabbis and cantors reiterated Warnock’s latest stance on Israel’s presence in the West Bank that he “has made his views on the Israeli-Palestinian conflict clear,” including his opposition to BDS and his support for the annual $3.8 billion in U.S. assistance to Israel.

The signees stated: “We sign this letter not as an endorsement of a particular candidate, but a rejection of false and divisive slander entering our community.”

Like Warnock’s editorial, the JDCA letter made no mention of Warnock defending Wright in 2008 after a tape emerged of a 2003 sermon called “Confusing God and Government” in which Wright said, “not God Bless America, God damn America.”