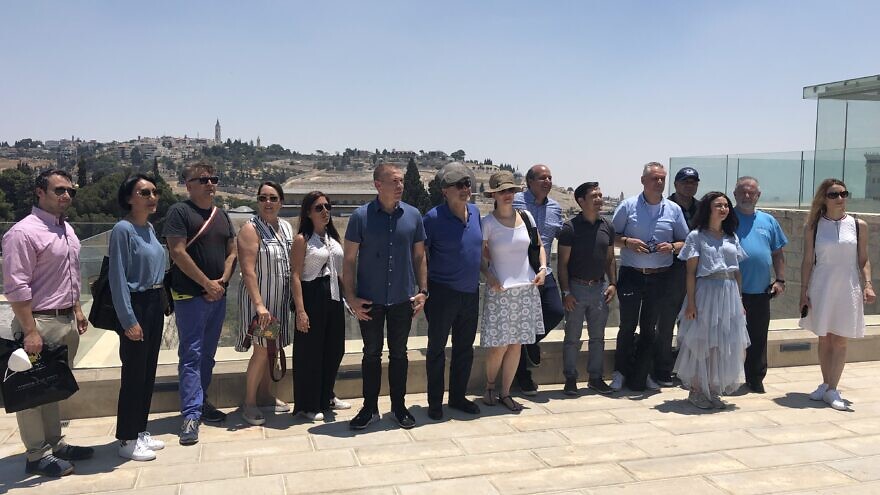 (July 20, 2021 / JNS) Israel’s Ambassador to the United Nations Gilad Erdan is back on his home turf, leading 16 of his colleagues—ambassadors to the United States and the United Nations—from countries around the world, along with some of their staffers, on a week-long fact-finding mission throughout the Jewish state.

The delegation is visiting communities along Israel’s northern and southern borders to see Hamas and Hezbollah terror tunnels, as well as to receive security briefings. The ambassadors will also visit historical and religious sites and high-tech centers, and meet with senior Israel government officials. On Tisha B’Av, they participated in a special Holocaust Remembrance program at Yad Vashem, arranged by International March of the Living.

At a July 16 press briefing on the roof of the Dan Family Aish HaTorah World Center in Jerusalem’s Old City overlooking the Temple Mount and the Western Wall, organized by Aish, Erdan told JNS that he decided to arrange the trip in order to set the record straight on Israel’s 11-day conflict with Hamas in Gaza in May. 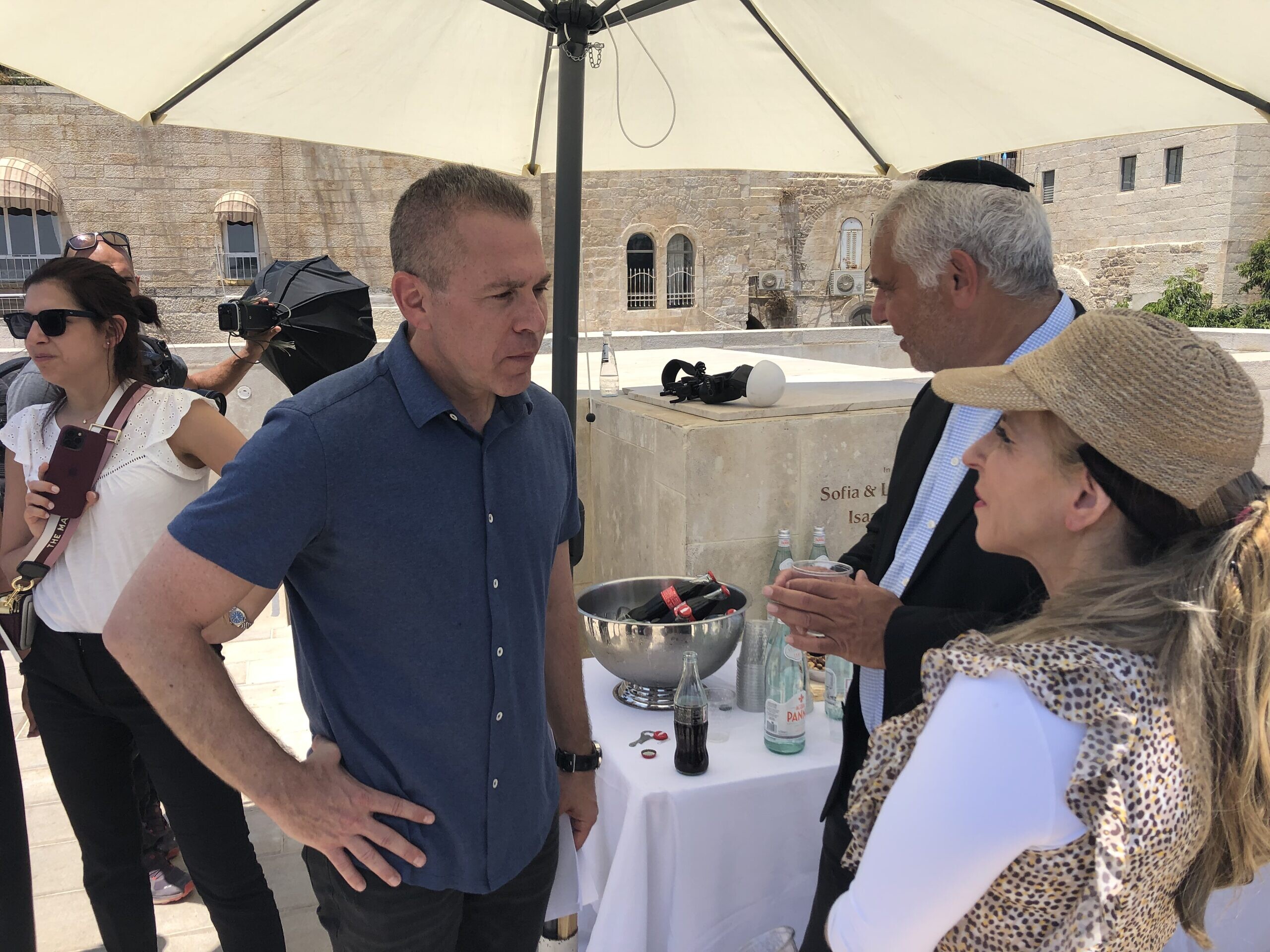 “After ‘Operation Guardian of the Walls,’ I decided to bring a group of U.N. ambassadors, and also ambassadors from Washington who represent their countries in the United States, to experience and learn firsthand about our security challenges,” he said.

Erdan said another goal of the trip was to highlight the connection between the Jewish people and the State of Israel, going back thousands of years because that union “is being challenged every day at the U.N. and on the world stage. I’m sure that after visiting here and learning so much, they will support Israel’s cause much more in the international arena.”

He expressed confidence that the mission will be successful, saying that “Israel sells itself. Whenever you experience Israel, you learn the complexities, you understand the deep roots and the history, you go back someone different—that’s the experience, and we know it.” 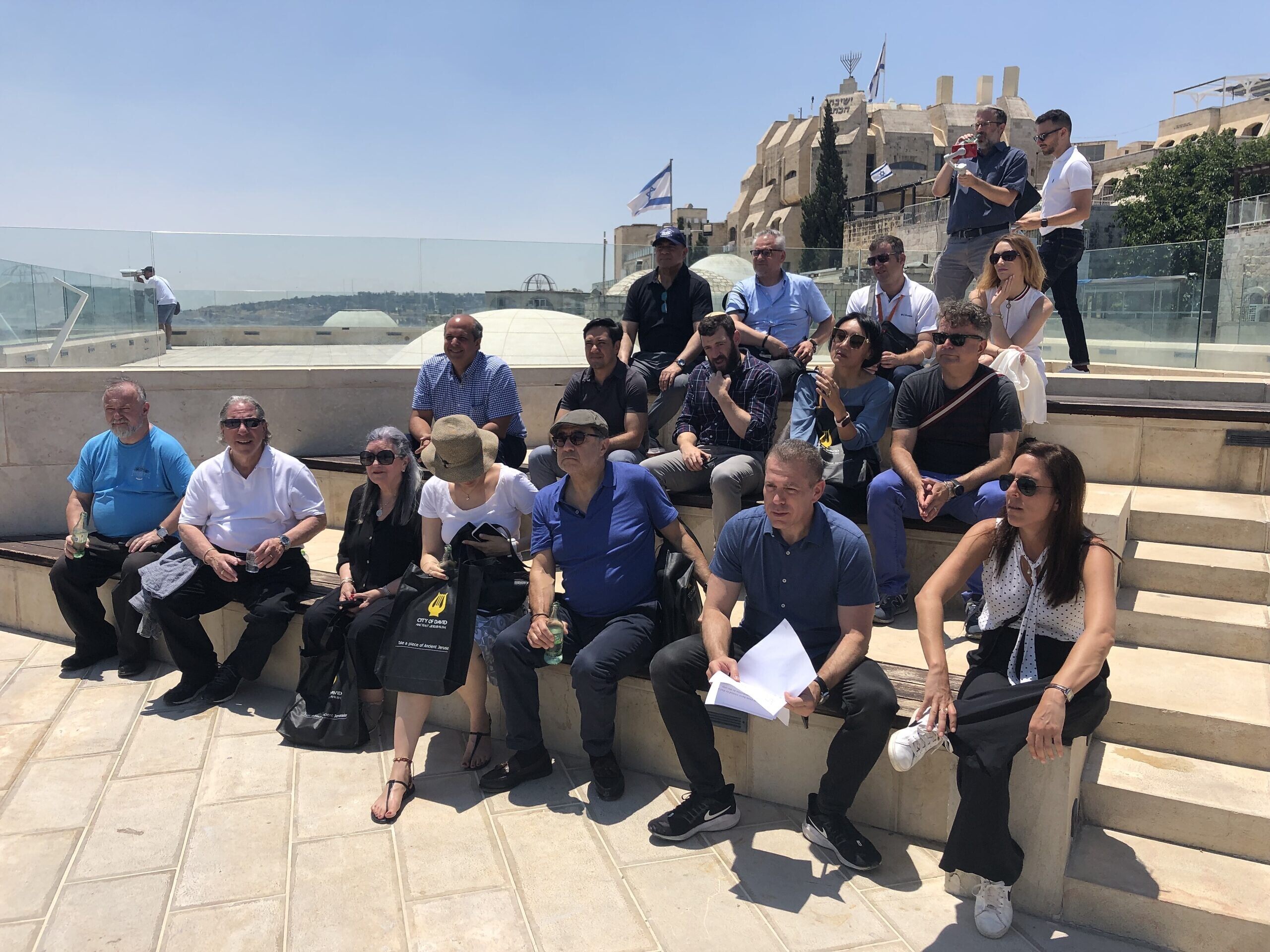 ‘I can always learn something new’

AZM president Deborah Isaac said “we hope that the participants come away from the experience with a deeper and more realistic perspective of Israel and the threats it faces, as well as an appreciation for the rich and diverse culture of the State of Israel. The American Zionist Movement looks forward to forging new and lasting friendships with the members of the delegation and their host countries.”

Hungary’s Ambassador to the United States, Szabolcs Ferenc Takács, told JNS that while this wasn’t his first trip to Israel, he was looking forward to discovering more. “I’ve been here many times, but I can always learn something new, and I very much appreciate those who organized this trip,” he said.

Takács added, “I’ve been working with the Jewish community back in Hungary and also with the State of Israel for many years. And, of course, my country’s political ties with Israel are very strong. … It’s quite natural for me to be on this diplomatic trip because everything that we are doing with Israel and for Israel brings me here; we admire [its] achievements.” 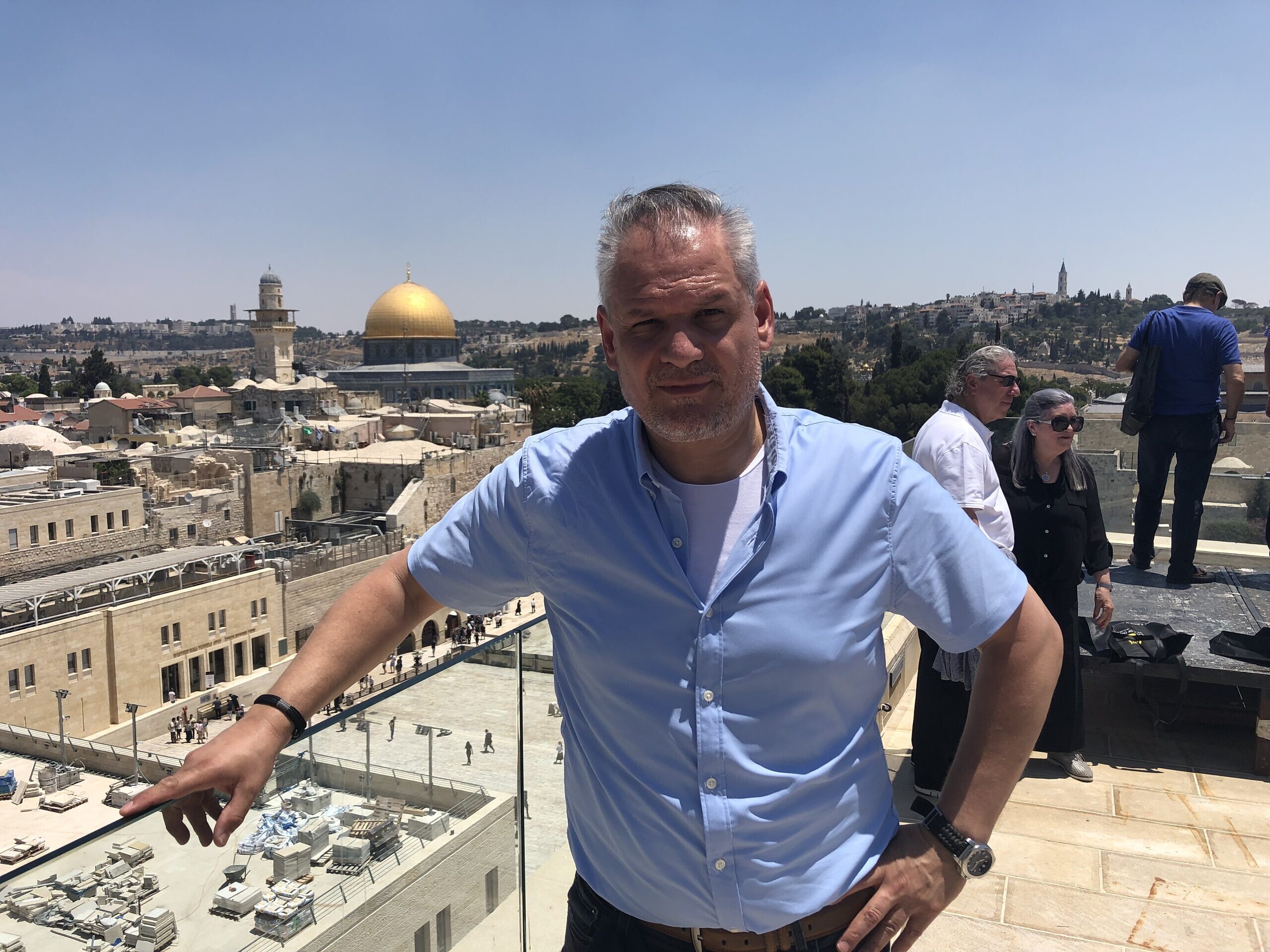 Doma Tshering, the Kingdom of Bhutan’s Ambassador to the United Nations, told JNS that she was very excited to be in Israel for the first time: “We have had a wonderful itinerary so far. It’s been extremely fulfilling and absolutely enriching.”

After touring Jerusalem’s ancient City of David archeology park and the tunnels connecting ancient Jerusalem to the Temple just minutes before the press briefing, Tshering noted that the visit was “really quite amazing. To think of all the generations that lived in the area before us and how they progressed is quite breathtaking.”

Rachel Moore, director of communications and Public Affairs for Aish HaTorah, who ran the briefing and then hosted the delegation for lunch, told JNS that “Ambassador Erdan has shown consistent friendship and support to Aish for many years through several of his government positions. It’s an honor and privilege to have his friendship and to be able to host his important delegation. We look forward to continuing to work together with him on fighting the hate directed at Israel and the Jewish people.”