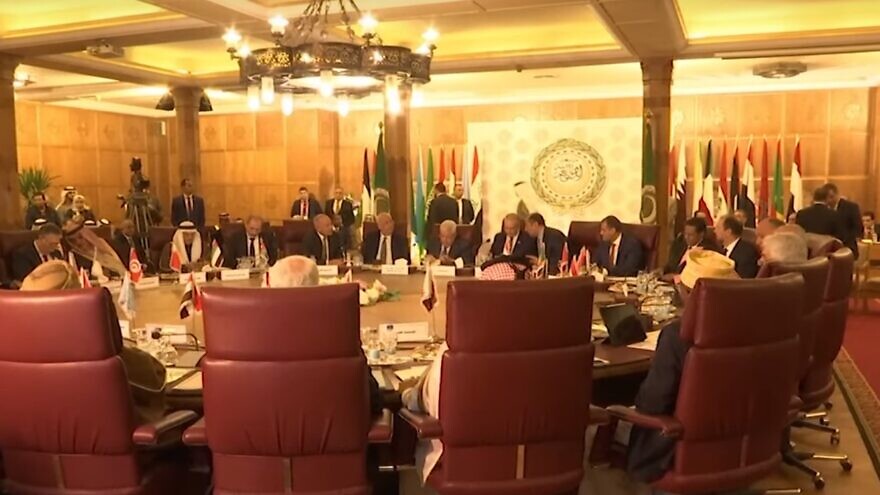 (November 2, 2022 / JNS) After the Arab League’s first summit meeting in three years, the leaders assembled in Algiers declared on Wednesday that the Palestinian cause remains their top priority.

Still, they omitted to mention their own divisions over possible peace agreements with Israel or the right-wing’s victory in this week’s election there.

The meeting’s final declaration pledged continued Arab support for the Palestinians, said that Jerusalem must be “protected,” condemned Israel’s use of violence against Palestinians, and urged Israel to lift its blockade of the Gaza Strip.

The Cairo-based Arab League has been plagued by weakness and division since its creation in 1945.

Since the last Arab summit was held in 2019, the United Arab Emirates, Bahrain, Morocco and Sudan have agreed to normalize diplomatic relations with Israel s.

The disagreements among Arab states over peace with Israel and how to advance the Palestinian cause were not discussed publicly during the meeting, which several major Arab leaders had said they would be unable to attend.