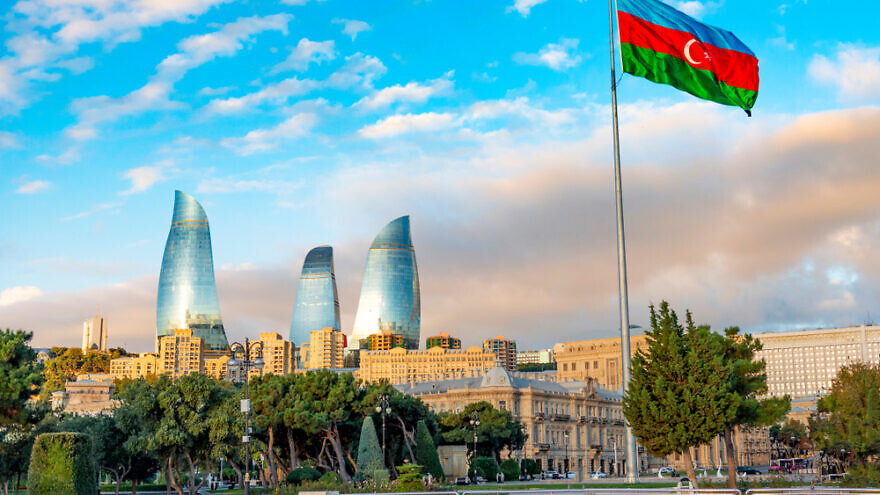 (October 4, 2021 / JNS) Azerbaijan issued a denial on Monday of recent accusations by Tehran of an “Israeli presence” on the country’s border with Iran.

The statement comes amid regional tensions and a major military exercise launched by Iran on the Azerbaijan border, accompanied by its claims that Israeli military or intelligence operations in the area.

Israel’s Kan news cited a statement by the Azeri Foreign Ministry, insisting: “We do not accept any claim about the presence of a third party in the proximity of the border between Azerbaijan and Iran. These are baseless accusations, and we have not been presented with any evidence to back up this claim.”

On Oct. 1, Iranian Foreign Minister Hossein Amirabdollahian announced that “we do not tolerate the presence and activity against our national security of the Zionist regime, or Israel, next to our borders,” reported AFP.

He added that “we will carry out any necessary action in this regard.”

The threats in recent days came with a statement by Iranian Ground Forces Commander Brig. Gen. Kioumars Heidari, who said on Iranian state TV: “We respect good neighborly relations but we do not tolerate the presence of Zionist regime elements and Islamic State terrorists in the region.”

Iran’s military exercise, which began on Friday, includes the use of artillery, drones and helicopters.