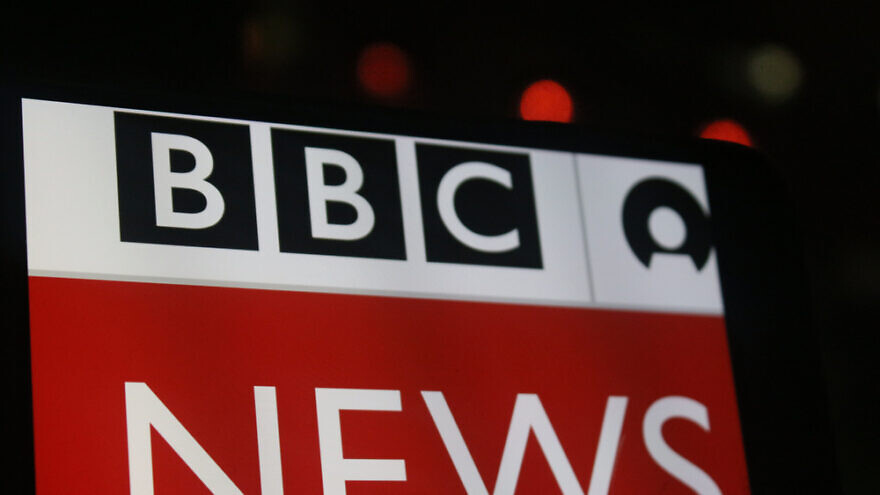 “People might assume we would put neo-Nazi groups on our list, but the BBC is there because when a globally recognized organization allows anti-Semitism to creep into its reporting, it makes it all the more insidious and dangerous,” Wiesenthal Center founder and president Rabbi Marvin Hier told the U.K. newspaper’s The Mail on Sunday.

“People around the world trust the BBC and rely on it for truthful reporting of world events,” he added.

Hier pointed to the British outlet’s reportage on an incident last month, during Hanukkah, in which a group of Jewish teens on a bus in London’s Oxford Street were assaulted by men chanting anti-Israel slogans.

“The BBC falsely reported that a victim on the bus used an anti-Muslim slur. But what was heard on tape was a distressed Jewish man speaking in Hebrew appealing for help,” said Hier.

Another example Hier cited was that of a video tweeted by BBC producer Alaa Daraghme with the caption: “An Israeli settler ramming a Palestinian man near the Lions’ Gate.”

“In fact,” said Hier, “the car drove on to the pavement after an attempt by Palestinians to lynch the Jewish driver who lost control of the vehicle.”

According to The Mail on Sunday, the Simon Wiesenthal Center’s “Top 10” list, which is being released on Tuesday, also includes “social media giants”’ (for allowing hate to spread online) and Unilever, owner of Ben & Jerry’s ice-cream, whose board boycotted eastern Jerusalem, Judea and Samaria.

“Anti-Semitism is abhorrent,” a BBC spokesman told The Mail on Sunday, saying that the news corporation “strives to serve the Jewish community and all communities across [Britain], fairly with accurate and impartial reporting.”