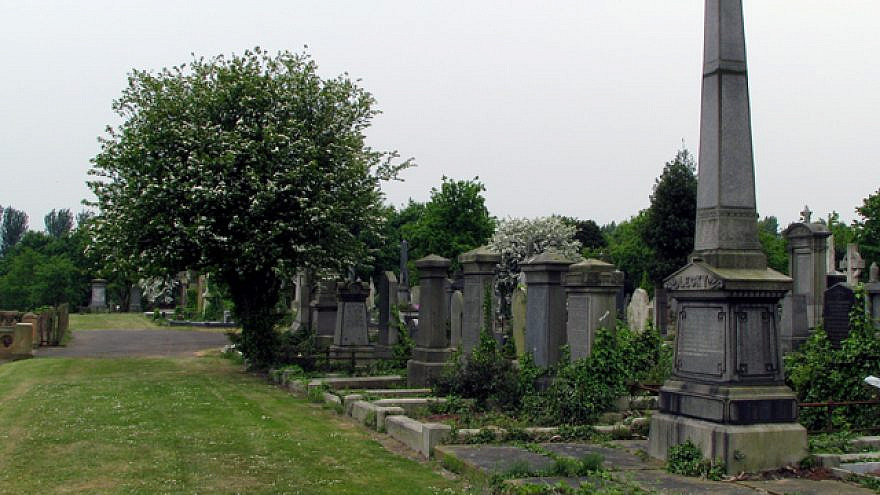 (April 19, 2021 / JNS) Ten Jewish gravestones were vandalized last week in Belfast, Northern Ireland, and police are said to be treating it as a hate crime. The incident came amid a spate of violence that has rocked the city in recent days.

“City Cemetery, like any graveyard, is a place where members of the community come to pay their respects,” Police Service Northern Ireland Inspector Róisín Brown told the Irish Times. “The damage to these graves shows a total lack of respect for others and will have a significant impact on individuals and families within the Jewish community.”

According to the website Jewish Communities & Records-UK, the Belfast City Cemetery’s Jewish section was the city’s first Jewish cemetery, opened in 1869. The last Jewish burial there was in 1964.

The Jewish community of Belfast dates back to the mid-19th century. In 1948, it had some  1,800 members, though today it is estimated as having fewer than 300 Jewish residents.

One of its most famous native Jewish sons was Chaim Herzog, who served as the president of Israel from 1983 to 1993.