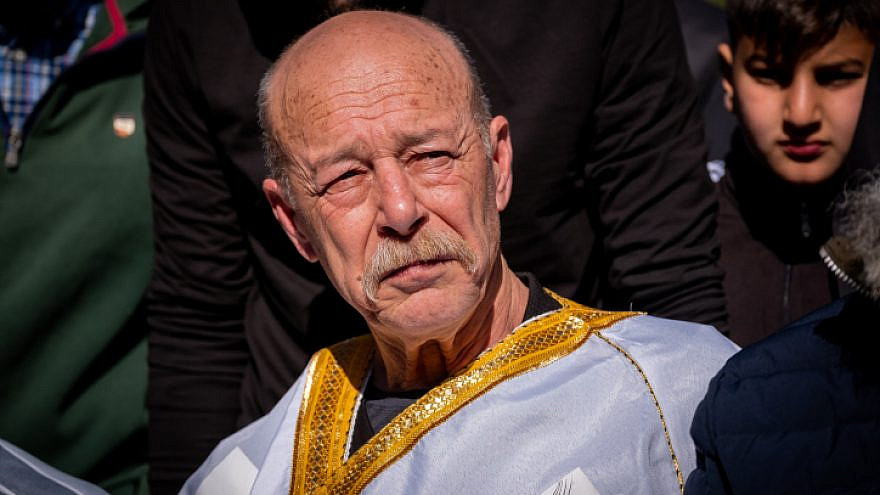 (January 19, 2023 / JNS) Israeli National Security Minister Itamar Ben-Gvir on Thursday expressed satisfaction with police efforts to prevent any major celebrations for Maher Younis, who was released earlier in the day after serving a 40-year prison term.

“Police did not allow terrorism supporters to erect tents, wave PLO and Fatah flags in the streets, or hold meetings. I hope the situation will remain under control and that the terrorist will only receive hugs inside his home until we pass a law to ship him off to Syria,” said Ben-Gvir.

Maher and his cousin Karim Younis, both of whom are Israeli citizens, murdered Israel Defense Forces Cpl. Avraham Bromberg on the Golan Heights in 1980. Both Karim and Maher Younis were sentenced to life in prison in 1983, but had their sentence commuted to 40 years in 2012 by then-Israeli President Shimon Peres.­

Ben-Gvir had instructed police to “act resolutely and decisively” against any acts that support terrorism upon Maher Younis’s return to the northern village of ‘Ara.

A large police presence was deployed to the town, and the Younis family was told to not set up a visitor’s tent.

“The Israeli rules won’t prevent our joy, and we will not surrender to the occupation’s policies,” Younis said on Thursday, adding, “I call on all our people to unite to bring us to an independent and free homeland.”

Earlier this month, Karim Younis received a hero’s welcome in ’Ara upon his release from prison. He then visited his mother’s grave, stating, “I am prepared to sacrifice another 40 years for the freedom of our people. My consolation is that today prisoners are united against the barbarity of the occupation.”

Ben-Gvir on Tuesday called Maher Younis’s prospective release a “test of our sovereignty,” saying that “we must in no way allow the serious offenses of encouraging and supporting terrorism anywhere in the State of Israel.”

Karim and Maher Younis have both received large sums from the Palestinian Authority under its “pay for slay” policy, according to Israeli NGO Palestinian Media Watch.

PMW filed a complaint to the State’s Attorney’s Office on the matter two months ago, said Maurice Hirsch, the organization’s head of legal strategies.

“We know that this happened because we took the information from an order by [then-Defense Minister Benny] Gantz in September 2022 to seize millions of shekels that were paid by the P.A. to Israeli Arab terrorists. The document stipulated that both Karim and Maher Younis had each received 335,362 shekels [$98,698] from the P.A. in compensation for murdering an Israeli soldier,” said Hirsch.

Karim is a member of the Fatah Central Committee, which is also a violation of Israeli counter-terror laws since Fatah was declared a terrorist organization by Israel in 1986.