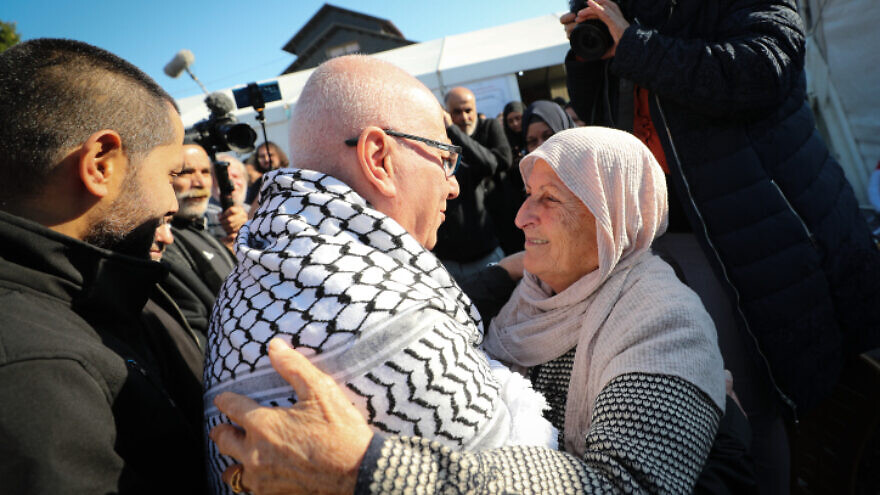 Family and friends greet Karim Younis, who was released from Israeli prison on Thursday, Jan. 5, 2023, after serving a 40-year prison sentence for murdering an IDF soldier in 1980. Photo by Jamal Awad/Flash90.
Spread the word.
Help JNS grow!
Share now:

Under directives from National Security Minister Itamar Ben-Gvir, Younis, who had completed a 40-year jail term, was driven to the Ra’anana central bus station and not released directly from Hadarim Prison, north of Tel Aviv, in order to avoid a “victory picture,” Hebrew media reported.

Younis, who was arrested by Israel in 1983, contacted family members from the junction and received a ride to the Arab Israeli town of ‘Ar’ara, in northern Israel.

He then visited his mother’s grave, stating, “I am prepared to sacrifice another 40 years for the freedom of our people. My consolation is that today prisoners are united against the barbarity of the occupation,” according to Israel National News.

“Until we pass the death penalty for terrorists, I will do everything so that God willing they leave prison in shame,” Ben-Gvir tweeted on Thursday.