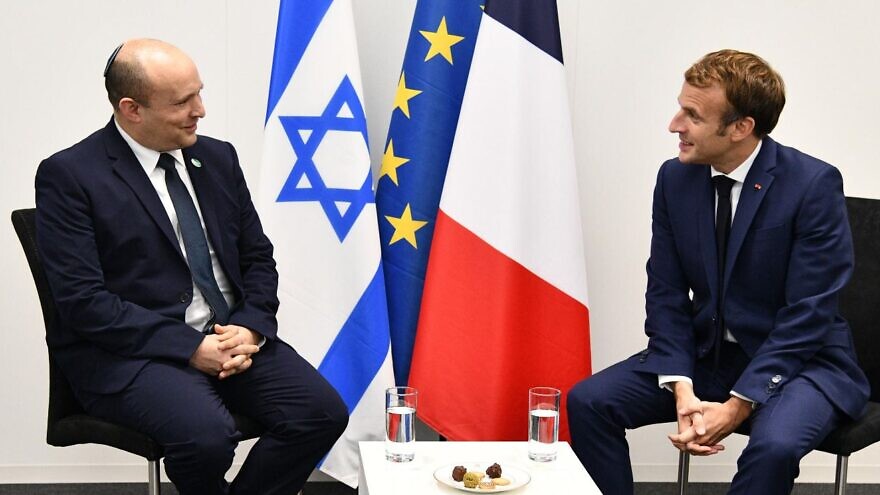 (November 2, 2021 / JNS) Iran’s race to to enrich uranium was among the key topics discussed on Monday by Israeli Prime Minister Naftali Bennett and French President Emmanuel Macron, during a meeting between the two leaders on the sidelines of the United Nations Climate Change Conference, the Government Press Office reported.

Bennett and Macron also talked about allegations that emerged in July of digital espionage involving Israeli cyber firm NSO Group, and agreed to handle the matter “discreetly and professionally, and with the spirit of transparency between the two sides,” an Israeli official told Reuters.

The allegations were lodged by Forbidden Stories, a Paris-based journalism nonprofit, which charged that NSO’s spyware, called Pegasus, was not being used for its intended purpose—to track criminals and terrorists—but instead was being turned against politicians, journalists and critics of repressive regimes. NSO Group denied the charges.

Israeli Defense Minister Benny Gantz visited his French counterpart, Florence Parly, in Paris after the story broke, to assure him that Israel was investigating the issue.

According to the GPO, during Monday’s meeting, Bennett told Macron that he attaches great significance to the large French community in Israel, which serves as a bridge between the two countries.