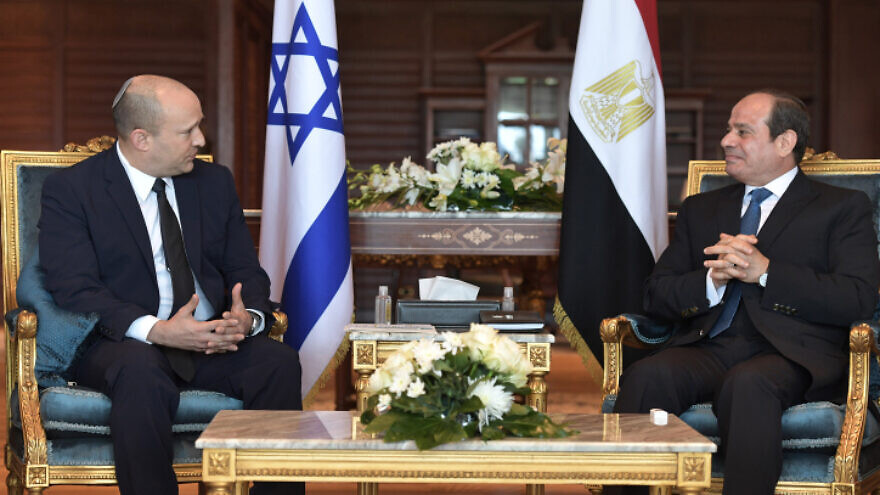 Plans for the summit were finalized over the last several days as part of an effort to forge a coalition, with U.S. support, of countries, including Egypt, the Gulf states and Turkey, to stand together against Iran, Haaretz reported. Additionally, it was reported that Israel is interested in convincing the UAE and Saudi Arabia to boost their oil production to offset Russian oil. Israel is also interested in helping assist Egypt in finding alternative sources of wheat amid the Russia-Ukraine conflict.

An Egyptian official told Haaretz that the three leaders would focus their talks on Iran, Syria and Ukraine. Prior to arriving in Egypt, al-Nahyan met with Syrian President Bashar Assad in Abu Dhabi last week, which drew U.S. condemnation.

Bennett and el-Sisi met in September in the Sinai resort city of Sharm el-Sheikh, which was the first formal public meeting between the leaders of Egypt and Israel in a decade.

Despite having formal relations for decades, ties between the two neighbors have largely remained cold. However, with the institution of the Abraham Accords, coupled with ongoing regional threats such as Iran and terrorism, there appears to be a renewed push towards the warming of ties.

Last week, the two countries announced the opening of a new direct flight route between the countries.