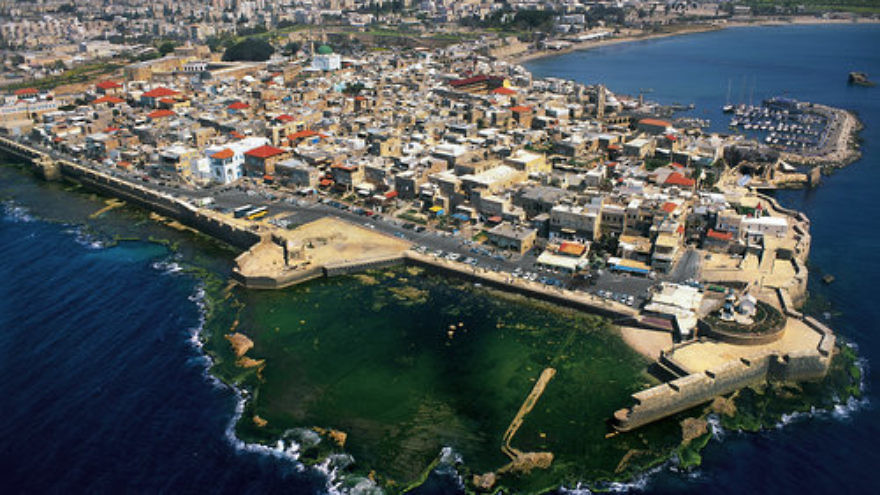 As a wave of Arab terror attacks once again spreads across Jerusalem and the disputed territories, a much-less-discussed conflict over the identity of Jewish cities is underway in northern Israel.

The frontline of this demographic battle is the Galilee region, where Arabs are increasingly leaving their villages for Jewish cities such as Nazareth Illit, Afula and Akko, due to higher quality of life and better access to services such as public transportation.

With the Arab population rising in Jewish-majority municipalities, the change in local character is causing residents to express concern over rising crime and other trends.

The last time there was a Jewish majority in all of what is considered the northern portion of Israel “was towards the beginning of the 1970s,” said Ofir Shick, CEO of Lev BaGalil—Hebrew for “Heart of the Galilee”—an NGO that strives to maintain a Jewish majority in the Galilee by working with the Israeli government to create economic opportunities.

Shick cited official Israeli statistics from the end of 2016 showing that among the 1.35 million residents in northern Israel (not including the city of Haifa), 43 percent are Jewish, 38 percent are Muslim, 9 percent are Druze and 7 percent are Christian. In 2013, the Jewish share of northern Israel’s population was 44 percent.

“According to our forecast based on the state’s official statistics, we calculate that by 2028 there will be the same ratio of Jews and Arabs as there was 80 years ago, when the state was established,” Shick told JNS.org.

On the other hand, there is evidence that Israel’s Arab birthrate is slowing down. Demographic expert Yoram Ettinger—former minister for congressional affairs at Israel’s embassy in Washington, D.C.—told JNS.org in January, “There is an unprecedented tailwind in the birthrates for Jews compared to the Muslim world as a whole, and Arabs in Israel in particular.”

Ettinger is a member of the American-Israel Demographic Research Group, which in May 2016documented around 1.75 million Arabs in the disputed territories, not the 2.97 million cited by the Palestinian Central Bureau of Statistics. Additionally, according to Ettinger, 300,000 Arabs living in Jerusalem are double-counted—as Israeli Arabs by Israel’s census and as Palestinian Arabs by the Palestinian Authority’s census.

Explaining the demographic challenge in the north, Shick said many Israeli Jews see that area as the “bed and breakfast of the country, which is only for vacations, but not a place to live.”

“Most people say they would live in the north, but the problem they typically cite is a lack of employment opportunities,” he said.

“In the end, the city needs to find a solution for the difference in cultures,” Shick warned. “Today, Jews are trying to flee the city. I hear this from residents all the time….At night, Jewish women can’t go out alone since Arab men often harass them.”

Israeli Interior Ministry data shows that Nazareth Illit’s Arab population has increased from 18 percent in 2011, to 20 percent in 2015, to 21 percent today. The city’s crime rates are rising on a parallel track, with an 11-percent increase in the number of criminal offenses from 2013 to 2014, according to the Israeli business news outlet Calcalist.

While some left-wing Israelis have accused Lev BaGalil of discriminatory practices, noting that Arab Israelis are full citizens and should have the choice to live where they want, Shick asserted, “If Israel wants to be a Jewish and democratic state, it needs to be so in every area of the country. There cannot be a region that does not identify with the state…there are areas near the Arab city of Sakhnin where you can drive for 30 minutes and not see anything related to the state—no police, no flag, no court.”

The same situation is unfolding in Akko, a historic Crusader-era city along the coast, where many Arab families have moved into the old city and city center, while most of the Jewish population now lives in the periphery of the city.

Shick draws a parallel to other nations experiencing internal ethnic conflicts with minority populations, such as the situation involving the Kurds in Turkey, Syria, Iran and Iraq.

“We know what could happen in the future in this area, where the Arab residents could demand that since there are no Jews here, ‘Let’s become independent,’” he said.

Shick said the demographic challenge can potentially be addressed by boosting regional development, improving transportation access and offering subsidies for companies that move to Israel’s north.

Rafael Luzon, a member of Akko’s city council, told JNS.org he worries about getting more Jewish families to move to the city, but that the key issue is providing enough employment opportunities.

“Without employment and industry, people won’t come,” he said. “This is a general problem throughout the Galilee and it is the national government’s responsibility to make the region attractive, not the [responsibility of] local cities and municipalities.”