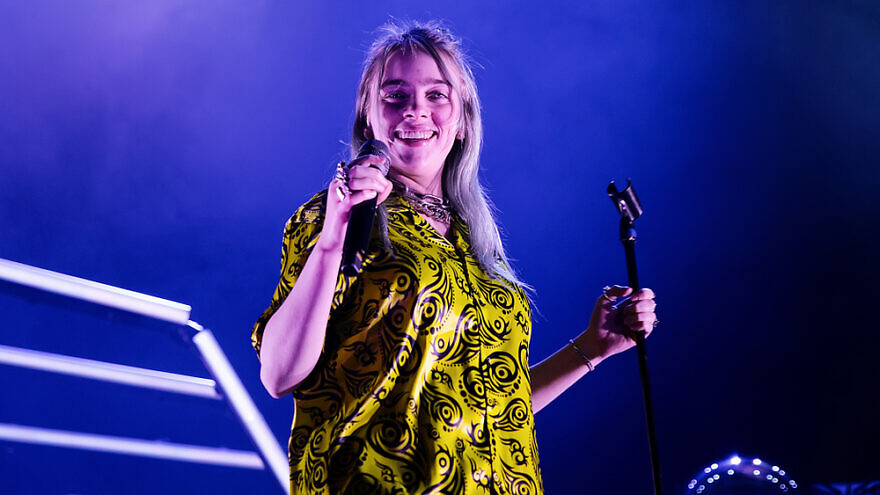 (October 13, 2021 / JNS) American singer and songwriter Billie Eilish was targeted by anti-Israel bots on Instagram after promoting her new album in a video for MTV Israel, a new report by the entertainment industry group Creative Community for Peace (CCFP) revealed.

In a clip shared on July 31, the 19-year-old singer told her Israeli fans, “Hi Israel, I’m so excited that my new album, ‘Happier Than Ever,’ is out now.”

Shortly afterwards, her Instagram page was flooded with bot-generated messages that consisted of Palestinian flags and “other Palestine solidarity-themed comments,” according to a 16-page report by CCFP’s Digital Entertainment Task Force.

The task force analyzed the top comments on six of Eilish’s Instagram posts that were uploaded after the Israel video was released. They discovered that 30 percent were anti-Israel and posted by accounts that have zero posts on their personal profiles but hundreds or thousands of followers, which suggests bot activity. Some 48 percent were anti-Israel and uploaded by accounts with zero to two posts on their private profiles, another sign of bot activity.

The task force noted that “this coordinated attack on Billie Eilish is another example of how social media can be used to manipulate public opinion. And of a specific effort by anti-Israel activists, who use social media to distort and influence public opinion against Israel via unauthentic means.”

The report also includes screenshots of the bot-generated messages and information about the fake accounts.