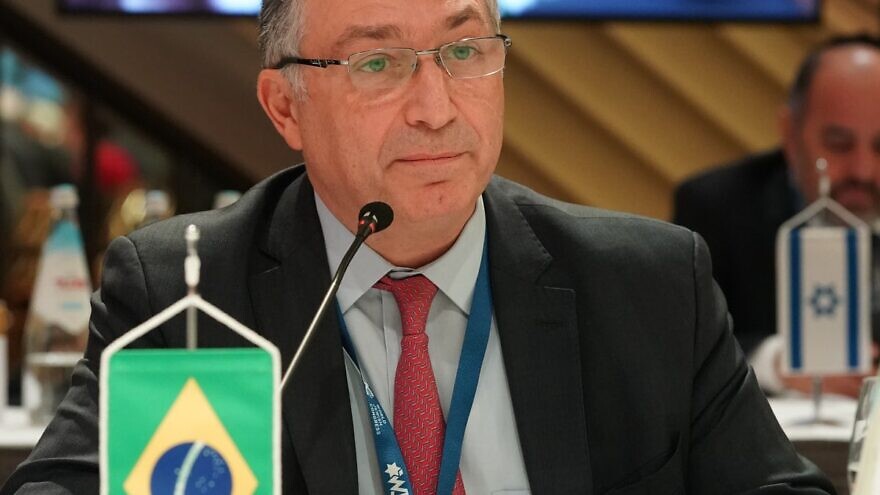 The world’s oldest and most prominent international organization, the OAS is comprised of 35 member countries.

Lottenberg was president of the Federation of Jewish Communities of Brazil from 2014 to 2020 and currently serves on the Board of Trustees for the American Jewish Committee’s (AJC) Arthur and Rochelle Belfer Institute for Latino and Latin American Affairs. A leading constitutional lawyer, he is a vocal advocate for democracy and human rights.

The creation of the position was initially announced by OAS Secretary General Luis Almagro at the American Jewish Committee’s 2021 Global Forum in June. Similar posts already exist in the European Union, the United States and Canada.

“Promoting the adoption and implementation in the region of the definition of anti-Semitism adopted by the International Holocaust Remembrance Alliance, in coordination with the General Secretariat, will be one of the main tasks of Commissioner Lottenberg,” stated Almagro. “His prestige and his track record indicate that he will carry them out successfully. With my best wishes, the commissioner has my full support and commitment.”

Almagro also noted at the AJC summer event that the commissioner must “vigorously engage states and civil society organizations to raise awareness of the need to remain alert to all forms of anti-Semitism.”

AJC CEO David Harris said that “we are delighted he chose Fernando Lottenberg, one of Latin America’s foremost Jewish leaders and a dear friend, to fill this critical post, and look forward to working with the commissioner in fighting anti-Semitism throughout the region.”