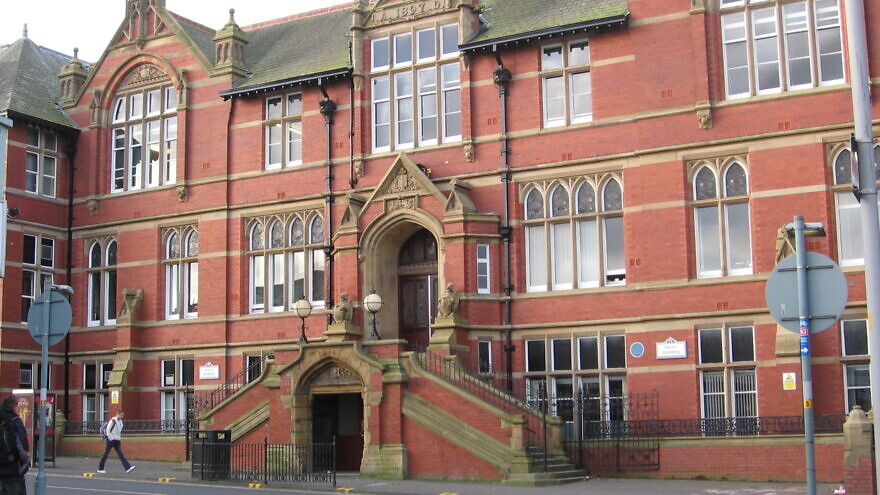 (June 10, 2022 / JNS) The University of Central Lancashire (UCLan) in Preston, England, is investigating an incident in which a student had a swastika and a racial slur drawn on his chest during a drinking game.

“At UCLan, we do not condone any form of harassment, bullying or hate crime, and our ethos is for everyone to treat each other with respect,” said a university spokesperson, according to Mirror. “We take matters such as this very seriously and have been carrying out an investigation into all aspects of this case and will work directly with those involved in this matter.”

A male student was photographed with his shirt pulled up to show a swastika and the phrase “I hate n****s” drawn in red lipstick on his chest. According to the newspaper report, the unidentified student said he will not apologize for the incident, claiming he had “no power” over the situation.

“It was part of a drinking game where I had to allow my girlfriend to write whatever she wanted on my chest. The person who wrote that is black and chose that message ironically,” the student told The Tab. “As anyone who was there that night will confirm, I had absolutely no control over what was written and did not consent to any images being taken.”

“Whilst I acknowledge that these images and their content are very harmful and disgusting, I will not apologize because, as I’ve stated, I was not responsible for them,” he was reported as saying. “I would also point out that the reason she wrote that is because the app we were using said to write the most offensive thing possible.”

Meanwhile, a student who shared and reported the photo to UCLan has been suspended for harassment.