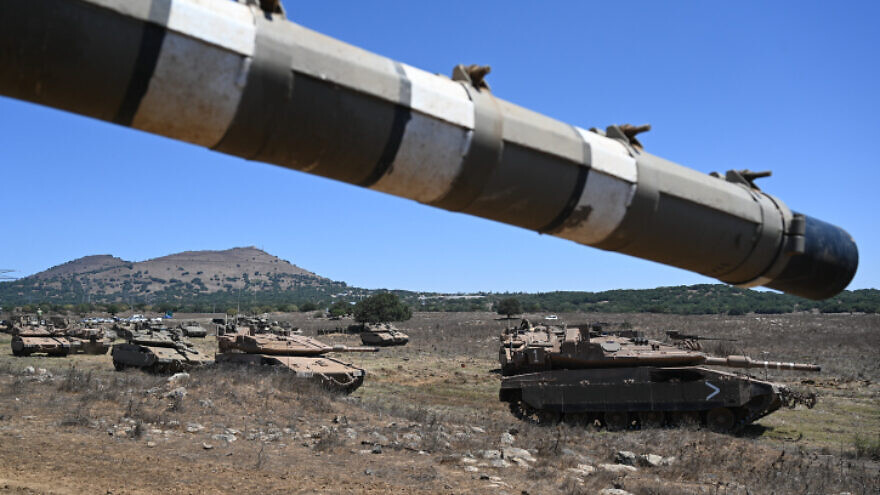 (August 18, 2021 / JNS) Propaganda messaging by Al-Qaeda has risen dramatically in recent weeks, in line with the takeover of Afghanistan by Taliban fundamentalist forces, an Israeli counter-terrorist expert has warned.

Michael Barak, a senior researcher at the Institute for Counter-Terrorism in Herzliya, who teaches courses on terrorism and Islamic radical movements, told JNS that the Taliban has alliances “with several Islamist forces in the Middle East, including Al-Qaeda’s branch in Syria.”

He described a “serious boost in the level of activity in Al-Qaeda’s publications” in recent weeks, adding that 12 informal institutions have begun promoting propaganda by the terror organization that was responsible for the United States getting involved in Afghanistan in the first place back in 2001, following the Sept. 11 attacks.

Much of that propaganda is focused on encouraging attacks against the United States and France, though also against Israel.

“Al Qaeda is on the rise due to events in Afghanistan,” said Barak. Despite the Taliban’s denial of an alliance with Al-Qaeda in Afghanistan, this claim is false, he added, with the Taliban harboring some 400 Al-Qaeda operatives in the country.

Turning his attention to ISIS, Barak said that the organization’s “capabilities are being trivialized and unjustly so. It has not vanished; it has simply adopted other tactics.”

He added: “I don’t see ISIS getting weaker—on the contrary, it is gaining in strength, mostly in Iraq and Africa.”

In Afghanistan, on the other hand, ISIS’s power has diminished, in part due to the rise of its adversary, the Taliban, he explained, saying “the Taliban’s offensive has decreased ISIS’s prestige and legitimacy.”

In the Middle East, after losing its caliphate in 2019, ISIS has shifted to guerilla war, placing a special focus on Iraq.

“This is the official line, declared by the late ISIS leader Abu Bakr al-Baghdadi [who was killed in U.S. raid in northwest Syria in 2019] and promoted by ISIS’s spokespeople,” noted Barak. “They call it the ‘war of attrition.’ They say this will be their pattern until conditions evolve, enabling them to return to the center stage.”

ISIS’s guerilla warfare has seen operatives set fire to grain fields and food-storage facilities that are supposed to serve Shi’ite armed organizations in Iraq. “They call this the economic war. ISIS is also hitting the power grid in Iraq. This is all part of its economic war of attrition,” said Barak.

He estimated that ISIS today maintains between 12,000 to 14,000 fighters in Iraq and in Syria, a number he described as relatively high.

In Iraq, ISIS maintains cooperation with a number of Sunni tribes, he added. In Syria, ISIS has grown weaker, but it remains active near Syria’s Iraqi border while trying to infiltrate Syrian cities—so far, with limited success.

In the Sinai Peninsula, the Egyptian military continues to struggle to shatter ISIS’s presence, and the terror organization remains highly active there, causing casualties to Egyptian security forces on a regular basis in the Northern Sinai.

In past years, Israel authorized the entry of large Egyptian military forces into Sinai to combat ISIS, but this mobilization “still hasn’t been successful,” noted Barak. “There is talk of investing Saudi funds in local Sinai Bedouin populations to combat ISIS’s recruitment efforts.”

‘Insurgency in Africa will rise’

Nevertheless, it is Africa that is the true global activity center for ISIS, stated Barak.

“ISIS is taking over more and more territory there, like an epidemic,” he said. “This is happening in states that lack sovereignty, such as Burkina Faso, Mozambique and Congo.”

It’s taking over natural assets, such as gold reserves in Burkina Faso, and selling it to sell a part of its activities, reported Barak, adding that ISIS has mocked attempts by African states to build a coalition against it in its official weekly publication, Al-Naba.

“I would bet that as long as there is no international counter-terror effort, ISIS’s insurgency in Africa will rise,” warned Barak. This is particularly the case in Nigeria, where ISIS already controls some areas in the north of the country, and in Chad.

ISIS is a fast-learning organization, said Barak, and it observed from its caliphate experience to build up sovereignty in stages rather than to rush to declare a new state.

“ISIS’s operatives say the caliphate exists de facto,” said Barak. “They advise adherents to head to areas controlled by ISIS to maintain the ‘correct’ lifestyle, and they plan to surprise everyone in the future. They cite [recordings of traditions of Islam’s Prophet Muhammad] to support their narrative, and believe that they have divine promise behind them.”

Israel, for its part, can continue to supply intelligence to its allies to combat and disrupt ISIS plots, affirmed Barak.

Former Israeli Prime Minister Benjamin Netanyahu stated in the past that dozens of ISIS attacks were thwarted in Europe due to Israeli intelligence tip-offs.