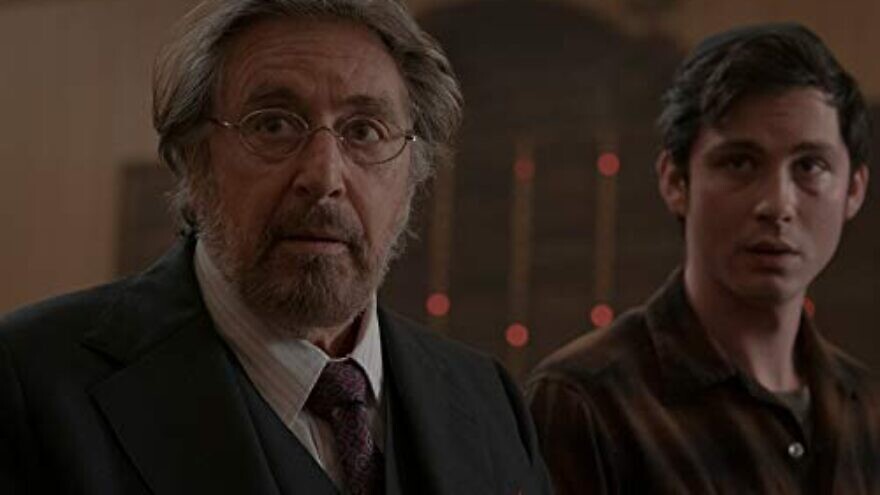 (February 27, 2020 / JNS) David Weil, creator and executive producer of the new Amazon Prime series “Hunters,” defended the show on Sunday following criticism by the Auschwitz-Birkenau Museum and Memorial over its untrue depictions of the Holocaust.

The drama, starring Al Pacino as a Holocaust survivor, follows a group of Nazi hunters living in 1977 who track down high-ranking Nazi officials living in the United States who are conspiring to create a Fourth Reich in America.

The museum said that the show presents a “dangerous” fictional version of the Holocaust, specifically criticizing a scene in the opening credits where a chess game features humans as pieces killed after each is taken by the opponent.

It also suggested “invent an [sic] non-existing camp and Nazi atrocities perpetrated there. If you however use a real place, respect it’s [sic] history and suffering of its victims … One should not create fake reality if the details about this reality are so well documented.”

Weil, whose grandmother was a Holocaust survivor, said the show “takes the point of view that symbolic representations provide individuals access to an emotional and symbolic reality that allows us to better understand the experiences of the Shoah and provide it with meaning that can address our urgent present.”

He added that it was important for him to tell a story about the Holocaust “without borrowing from a real person’s specific life or experience.” That’s the reason, he said, that he gave the Holocaust prisoners and survivors in the show tattoos greater than 202,499, the highest-recorded number ever given to an Auschwitz prisoner.

Addressing the chess scene, Weil said it was intended “to most powerfully counteract the revisionist narrative that whitewashes Nazi perpetration, by showcasing the most extreme—and representationally truthful—sadism and violence that the Nazis perpetrated against the Jews and other victims.”