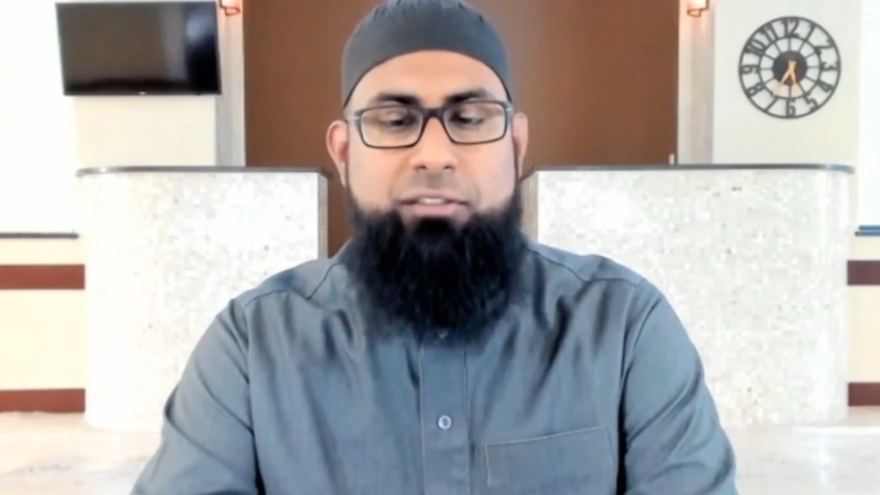 (August 17, 2020 / JNS) The Democratic National Convention hosted an imam from an Islamic extremist institution on Sunday.

Noman Hussain, imam of ISM Brookfield in Wisconsin, was one of the religious leaders who took part in the convention’s “Interfaith Welcome Service.”

Hussain is a scholar at the Texas-based Qalam Institute, whose officials have advocated “the use of female sex slaves, the killing of adulterers, and incite hatred against Jews and other non-Muslims,” according to the Middle East Forum.

One of the Qalam Institute’s courses, “The Prophetic Code,” warns Muslims to strive for “cleanliness” and “purity,” so that they “do not resemble the Jews.”

The Democratic National Convention did not respond to a request for comment about Hussain’s affiliation with the Qalam Institute.

In 2012, Hussain shared a cartoon of an Israeli soldier appearing innocent on TV without it showing the soldier mercilessly shooting people in Gaza.

“This reflects the concerning and growing trend within the Democratic Party to equate Islamists with Muslims, who are generally de-platformed, silenced, intimidated or targeted by pro-Muslim Brotherhood organizations, and to present these fringe elements as the mainstream in Islam, perpetuating ugly stereotypes about Muslim communities and promoting and fostering radicals, which becomes a self-perpetuating cycle,” she said.

“This also raises questions about the Democratic Party’s willingness to pander to hateful groups and to excuse extremist ideologies, instead of seeking out and building relationships to those preachers and imams in the Muslim world who have a record of opposing this hateful political ideology, which uses religion as a tool of subversion,” she continued.

Other religious leaders included in the virtual interfaith service were Rabbi Sharon Kleinbaum of Congregation Beit Simchat Torah in New York. She was one of nine left-wing rabbis to endorse the 2019 Women’s March after meeting with organizers Linda Sarsour and Tamika Mallory amid criticisms of anti-Semitism in the movement.