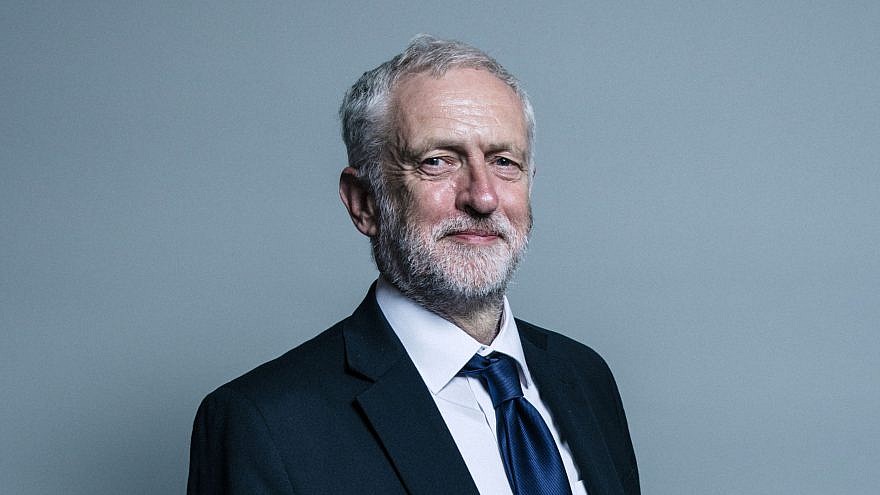 (November 19, 2020 / JNS) Despite being reinstated this week by the British Labour Party, former party leader Jeremy Corbyn will not be a Labour member of the British parliament, according to current leader Keir Starmer.

Starmer’s decision on Wednesday came one day after Corbyn was reinstated following a 19-day suspension.

Corbyn, who led the Labour Party between September 2015 and this past April, was suspended last month by the party after the Equality and Human Rights Commission (EHRC), a nondepartmental public body in England and Wales, found that the party’s leadership has failed to address anti-Semitism and complaints about hatred towards Jews.

In a statement on Wednesday, Starmer said that Labour’s disciplinary process “does not have the confidence of the Jewish community. That became clear once again yesterday.”

He reiterated his pledge to create a new independent disciplinary process “as soon as possible” and noted that Corbyn would not be readmitted yet as a Labour MP.

Instead, he will become an Independent MP.

“Despite the EHRC’s finding that the party had acted unlawfully under Mr. Corbyn’s watch, Jeremy Corbyn’s initial reaction to the report was dismissive, and he has been shameless and remorseless for what he has put the Jewish community through. Meanwhile, Labour’s disciplinary process is clearly still not fit for purpose. Keir Starmer has now taken the appropriate leadership decision not to restore the whip to Jeremy Corbyn. We continue to say that ‘zero tolerance’ must mean precisely that, whether for anti-Semites or their apologists.”

However, the U.K.-based Campaign Against Antisemitism (CAA) slammed the move.

“The EHRC ruled that Labour’s disciplinary processes were unfit but Sir Keir allowed Mr. Corbyn to be tried under them,” he pointed out. “Not only that, but Mr. Corbyn should never have been suspended merely for his response to the EHRC’s damning report, but for the responsibility he bears for the Labour Party being found guilty of committing unlawful acts of anti-Semitism by the EHRC.”

Falter announced that his group filed a complaint with the EHRC in response to Wednesday’s development.