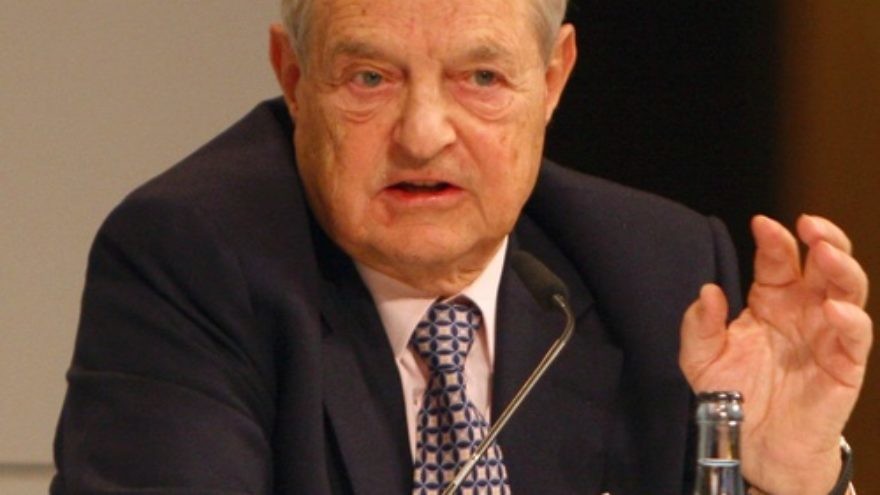 For well over a century, Christian Zionists have been steadfast in their support for a Jewish homeland. Emerging from this movement, Evangelical Christians have served as the foundation of Christian Zionism due to a number of theological, moral, and political reasons. At the same time, there is a growing movement of mainline Protestants who are critical of Israel.

With the support of anti-Israel Palestinian groups and non-governmental organizations funded by liberal philanthropists like George Soros, some are seeking to sway Evangelicals away from support for Israel. Can Israel and the Jewish community take Evangelical support for granted, or will Evangelicals follow the path of mainline Protestant groups in their growing criticism of the Jewish state?

“There has always been an undercurrent of anti-Zionism in parts of the Evangelical community. It was always there, but it was a marginal force,” Dexter Van Zile, Christian media analyst for the Committee for Accuracy in Middle East Reporting in America (CAMERA), told JNS.org.

For years, Israel has been the target of mainline Protestant churches such as Presbyterian Church USA, which recently released an anti-Israel study guide called “Zionism Unsettled” and may vote to support the Boycott, Divestment and Sanctions (BDS) movement against Israel at its biennial General Assembly in Detroit this June. As the number of mainline Protestants has declined over the years, due to increasing secularism and the appeal of the Evangelical and Pentecostal movements, remaining followers have shifted their focus away from scripture to other causes like social justice. One of the byproducts of this trend has been growing mainline Protestant support for anti-Zionism.

“I think that the liberal mainline denominations, such as Presbyterian Church USA, continue to be the leaders of this sort of thing (Christian anti-Zionism) within the Christian world, and the Evangelicals are just followers,” Dr. William M. McClay, a professor of history at the University of Tennessee at Chattanooga (UTC) who has written extensively on American Evangelicals, told JNS.org.

Yet younger Evangelicals have also been targeted directly by anti-Zionist elements. Scholar Robert Nicholson, in a recent article for Mosaic Magazine, described a movement of younger Evangelicals called the “New Evangelicals,” a group that is “tired of the message of heaven, hell, and salvation preached by their parents” and wants “nothing so much as to bring religion down to earth.”

Among those targeting younger and more liberal-minded groups like New Evangelicals is an organization called The Telos Group, which is funded by Soros, the billionaire liberal philanthropist.

According to a report by the Jerusalem-based watchdog group NGO Monitor, Soros, who is Jewish, has been a frequent critic of Israel and does not support Zionism.

Through the network of Open Society Foundations, which he founded, Soros has funded a number of anti-Israel organizations that are aimed at delegitimizing Israel on the global stage, shifting U.S. public opinion against Israel, and promoting fringe political opposition groups inside Israel, according to NGO Monitor.

Emerging from this pattern of funding by Soros has been an effort to undermine support for Israel among the Evangelical Christian community.

“Thanks to funding from individuals such as George Soros, the effort to separate the Christian community from Israel has intensified in recent years,” David Brog—executive director of Christians United for Israel, which calls itself American’s largest pro-Israel group—told JNS.org.

The Telos Group, some say, has been leading this anti-Zionist effort with Soros’s financial support. According to NGO Monitor, Telos received a $238,000 grant in 2010 from the Soros-founded Foundation to Promote Open Society to “train Israeli and Palestinian civil society leaders and human rights activists on effective engagement with U.S. policymakers and the public, and to facilitate relationship building between partners and leading U.S. policymakers.”

Brog told JNS.org that Telos Group tours of Israel are “carefully calibrated to convince these young people that Israel and Israel alone is to blame for the conflict and its human toll.”

“We who care about sharing the truth in the Middle East need to find the funds to compete with these very deep pockets,” Brog said.

In a statement provided to JNS.org, Todd Deatherage, executive director and co-founder of The Telos Group, said his organization is committed to the “security, dignity, and freedom” for both the Israelis and Palestinians. That is the message Telos wants to spread to Evangelicals and others, Deatherage said.

“The individuals we work with from the Evangelical community, as well as every other community, share in our commitment to being pro-Israeli, pro-Palestinian, pro-American, and pro-peace,” he said.

If the juxtaposition of the phrases “pro-Israeli” and “pro-peace” rings a bell for those who follow the American Jewish organizational world, that is because J Street—a liberal advocacy group Soros has funded—uses that lingo, defining itself as the “pro-Israel, pro-peace” lobby. J Street says on its website that Soros “has provided regular annual donations to J Street, that comprise just over seven percent of its funding.”

Deatherage—an Evangelical Christian who has worked for years in senior positions in the legislative and executive branches, including the U.S. State Department’s Office of International Religious Freedom—partnered with Gregory Khalil, a Palestinian Evangelical Christian, to found The Telos Group. Khalil has participated in several joint events with J Street and in other events aimed to reach out to the American Jewish community.

CAMERA’s Van Zile took issue with the “pro-peace” messaging by Telos, insisting that it is a cover for anti-Israel bias.

“Telos Group purports to promote a ‘pro-Israel, pro-Palestinian and pro-peace’ agenda, but the problem is that this slogan has become a cover for broadcasting a lot of misinformation that invariably cuts against Israel,” he told JNS.org. “It’s part of a propaganda or cognitive war against Israel.”

Van Zile added, “The way I look at The Telos Group is that it is a group that gives Palestinian leaders access to influentials in the Evangelical community that they would not otherwise have.  These influentials then lend their credibility to the anti-Zionist cause.”

Deatherage, however, rejected this criticism and insisted that his group is looking out for the best interests of Israel.

“We’re proud to be supporting an environment for being authentically pro-Israeli, pro-Palestinian, pro-American, and pro-peace. Like many in the pro-peace community, we believe that the status quo is the greatest threat to Israelis and Palestinians,” he said.

While the Soros-funded Telos Group has been working to influence Evangelicals, there has also been a push from Palestinian Evangelicals. Though very small in numbers, the Palestinian Evangelical movement—whose de facto headquarters are the Bethlehem Bible College in the West Bank—has been experiencing significant growth in a Middle East region that is known for hostility to Christians. Yet Robert Nicholson wrote for Mosaic that, despite their commitment to non-violence, Palestinian Evangelicals are “hardly distinguishable from any other run-of-the-mill anti-Israel outfit, faithfully singing the refrains of racism, imperialism, and apartheid.”

According to the conference manifesto, the gathering is promoting a Christian theme of “reconciliation” that calls on Evangelicals to “reclaim the prophetic role in bringing peace, justice and reconciliation in Palestine and Israel.”

Despite the growing prominence of conferences like Christ at Checkpoint, UTC’s McClay downplayed the influence of groups seeking to sway Evangelical opinion against Israel.

“I think the extent [of Evangelical anti-Zionism] is being exaggerated by the fact that there are a small number of people on the Evangelical left who have an outsized media presence. You don’t see it in the pews and in the attitudes of average congregants,” McClay told JNS.org.

McClay’s sentiment is reflected by a recent Pew Research Center survey whose results revealed that 72 percent of white Evangelicals support Israel, while only 4 percent support the Palestinians. Eighty-two percent of white Evangelicals surveyed believe that God gave Israel to the Jewish people, while only 47 percent for mainline Protestants agreed with that statement.

“Evangelicals tend to be naïve about politics, and some of the people involved are motivated by commendable Christian sympathy for the plight of the Palestinians—but they don’t see that the timing, at a moment when the BDS movement is as strong and vocal as ever, and the general situation in the Middle East is perilous in ways that have little to do with the Palestinian issue, makes their actions highly problematic,” said McClay.

At the same time, organizations like the Soros-funded Telos Group and the Bethlehem Bible College have grown in influence. As younger Evangelicals look beyond scripture for answers and seek out social causes to champion, there remains at least some chance that they will look at the Palestinians as a worthy cause, much like their counterparts in mainline Protestantism.

“American Jews should not take evangelical support of Israel for granted,” McClay said.