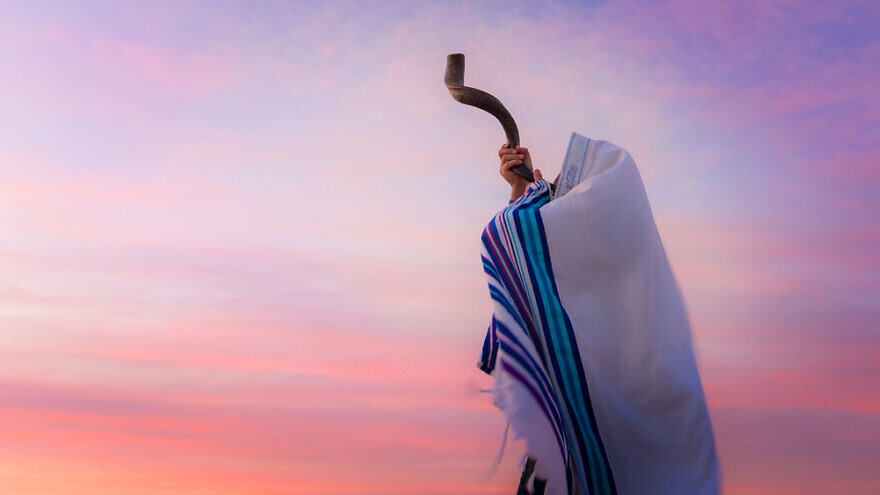 With the arrival of Rosh Hashanah, the Jewish world is being thrown headlong into the leap year of 5782.

But the leap year of the Jewish variety may not be exactly what you think a leap year is. In the Gregorian calendar, the leap year is no big deal, just an extra winter day (unless you happened to be born on Feb. 29, in which case you are keenly aware of missing your birthday three out of every four years).

But the Jewish people are not ones to do things in half-measure, so we add an entire month to our leap year. And, what’s more, whereas the rest of the world has a leap year every four years like clockwork—in the United States, you can set your presidential elections by it—it’s not so simple in the Jewish world, where it comes, well, whenever it’s needed, seven times in 19 years (more on the math later).

In fact, if you see way-early High Holidays like next month when the Jewish New Year arrives at sundown Monday, Sept. 6, you can pretty well expect that you’re heading into a 13-month year. And to get us ready, here are five fascinating facts about the Jewish leap year:

Passover in July and Rosh Hashanah in January? That’s what could happen were it not for the ingenious invention of the Jewish leap year. That’s because lunar calendars like this one work beautifully until the end of the year when the 12 lunar months will inevitably miss the solar year by an 11-day shortfall. It wouldn’t take long for such a disparity to wreak havoc with the holidays; hence, the specter of a snow-covered Rosh Hashanah. And the Torah makes it abundantly clear: Passover must be “in the month of springtime” (Deuteronomy 16:1) and Sukkot must fall at harvest time when “God will have blessed you in all your crops and in all your handiwork.” (Deuteronomy 16:15).

But why do these holidays need to be timed in these ways?

Ours is an agricultural tradition, says Rabbi Rachel Ain, religious leader of the Sutton Place Synagogue in New York City. “So, on one level the pilgrimage holidays all reflect the agriculture cycle of the year.”

But there’s another layer of meaning here too, says Ain. “Just as spring is the coming out of the darkness of winter into the sunshine, Passover celebrates our people’s sense of renewal, emerging from the darkness of slavery into the bright light of freedom.”

Tradition has it that it was the great sage Hillel, head of the Jewish “supreme” court—the Sanhedrin from 320 to 385 C.E.—who created the Jewish calendar through some pretty sophisticated mathematical and astronomical calculations. The result: A 19-year cycle with seven leap years to anchor the holidays in their rightful place.

In the far distant past, the Jewish people relied on nature to tell them when a leap year was needed. If the weather, the animals and the crops weren’t yet acting “spring-like” and if the spring equinox didn’t arrive before mid-way through the month of Nissan, then the judges of the Sanhedrin knew the leap year with its extra month would be needed to keep Passover in its rightful place. The extra month, Adar I, was added to the third, sixth, eighth, 11th, 14th, 17th and 19th years of the cycle.

“This is as relevant today as it was nearly 2,000 years ago,” says Rabbi Morrie Wruble, a longtime Jerusalem-area Torah teacher for both teens and adults. “And only two peoples have a lunar calendar: us and the Arabs.”

But unlike the Jewish calendar, the Arab one doesn’t adjust the dates to keep holidays in place, “which is why Ramadan can be in the winter, fall, spring or summer,” explains Wruble. “We can’t do that because we’re guided by our Torah, which says Passover must come in the spring when we plant, and that things need to be growing during the time of Shavuot and harvested during Sukkot. Hillel realized that, if we stayed strictly lunar, things would soon get out of kilter, and he put in a system to fix that with the leap year.”

But without an advanced degree in mathematics or physics, you may not be able to predict when they will arrive (hint: The last one was three years ago). So, what’s the only way to know if a certain year is destined to be a leap year? It’s by knowing the year’s place in the current 19-year Metonic cycle. Try dividing the number of the Jewish year in question by 19 and find the remainder. If that number is a 3, 6, 8, 11, 14 17 or 0 (representing the 19th year), then you’re looking at a leap year.

“Nearly 2,000 years ago, they were sharp enough with their calculations to realize the Jewish calendar had to have a 19-year cycle to keep that 11-day difference at bay. It was the only way to stop the holidays from shifting more than a couple of weeks here and there, nothing significant.”

All done without a calculator.

By the way, on a practical level, figuring out when an Adar Hebrew birthday or a yahrzeit or bar or bat mitzvah would fall in a leap year can get a bit complex and depends on when the birth or death occurred. You might want to check with your neighborhood rabbi on that one. Or, suggests Bogart, use an application like this one (see Hebrew date converter).

Why exactly is the Jewish leap year called shanah me’uberet, literally “a pregnant year”? That’s because it’s simply fuller—and longer—than any other year.

Instead of the standard 365 days, the Jewish world is looking at anywhere from 383 to 385 days, depending on whether in a given year the months of Cheshvan (in the fall) and Kislev (at Hanukkah time) each have 29 or 30 days. The upcoming year 5782, for instance, will have 384 days.

Among those most profoundly impacted by this “pregnant” year are the farmers in Israel who are keeping the Torah commandment of shmita—stopping all cultivating to let their fields rest for a year as a Sabbath for the land. And though the mitzvah (only in effect in the Jewish homeland) rolls around every seven years, this time it happens to fall on a leap year, prolonging the farmers’ time away from working the land from the typical 12 months to 13.

But the good news is that although the leap extends the year in such ways, there is one process that remains unchanged: the nine months of pregnancy.

“That’s a good thing,” says Delia Lev Ari, a London native who’s expecting her fifth child and whose air conditioning is getting her through the toasty Israeli summer.

“The trust and letting go which is so much a part of pregnancy is easier for me knowing there is that double Adar joy to look forward to this spring,” says Lev Ari, whose work as the Israel representative for a birthing-pool company also puts her in touch with lots of other Israeli women who are expecting. “That extra Adar is waiting there for all of us this year,” she says.

And, due to the nature of the month that gets added—an extra Adar—one thing the leap year is pregnant with is an extra helping of joy, blessing and mazal (“luck”) for the Jewish people. As the sages taught, “When Adar enters, we increase in joy.”

“We know that the 30 days of Adar are the happiest of the year for the Jewish people, so in a year when we double the number of Adar days to 60, we’re also bound to double our joy and our good fortune,” says Rabbi Yerachmiel Tilles, co-founder of the Ascent seminar center in Tzfat, Israel, and director of Kabbalaonline.org.

But does the Adar joy have the power to help reverse the sadness, the losses and the fear of the last year-and-a-half?

Absolutely, answers the rabbi. “As the Lubavitcher Rebbe taught us, in Jewish tradition when the good-to-bad ratio is 60-to-one or more, the good swallows up the bad. So the 60 days of happy-go-lucky Adar can ‘swallow up’ any unpleasant occurrences during that time period.”

And, adds Tilles: “As the official lucky month of the Jewish people, every cause of pain, sadness, discouragement or dejection, even pandemics, are nullified and sublimated by the transformative joy of a double Adar.”