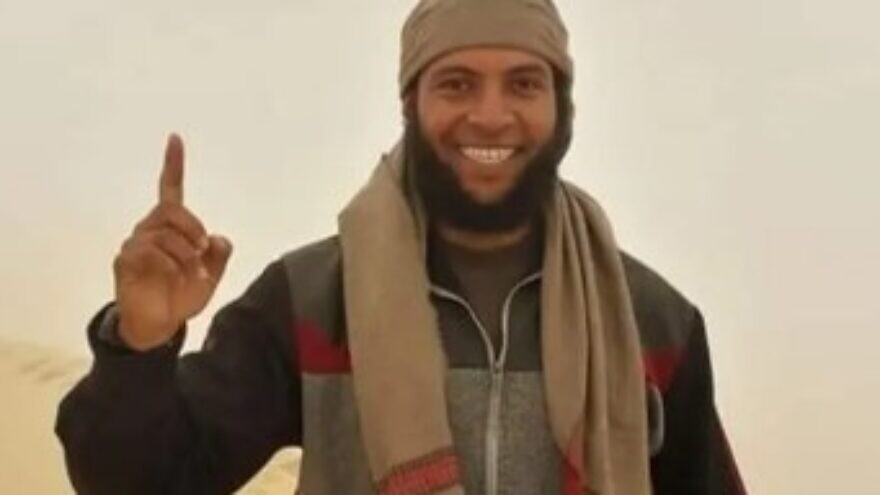 (April 5, 2022 / JNS) The Egyptian military and the Sinai Tribes Union thwarted an attempt by several ISIS operatives to infiltrate Sinai from the Gaza Strip on March 26.

According to a Middle East Media Research Institute (MEMRI) report, Saudi Al-Arabiya TV reported that three operatives were killed and three others captured.

Citing Egyptian sources, the report said that one of the operatives killed was Musab Mutawa—aka Jamil Al-Ghazzawi, the son of Jamil Mutawa. He is the head of Hamas charity foundations in Khan Younis. His mother was Jamila Al-Sinwar, sister of Yahya Al-Sinwar, the head of Hamas’s political bureau in Gaza.

Musab Mutawa reportedly had been a commander in Hamas, the terror group that runs Gaza, but joined ISIS in Sinai two years ago.

After the incident, Egyptian journalist Amira Khawasek published an article in the daily Al-Yawm Al-Sabi. She mentioned other terrorist attacks against Egypt, which some had attributed to Hamas.

She argued, according to MEMRI, that the connection between Hamas and ISIS proves that “ISIS, Hamas and the Muslim Brotherhood are equal in their depravity and crimes, and do not differ in any way.”