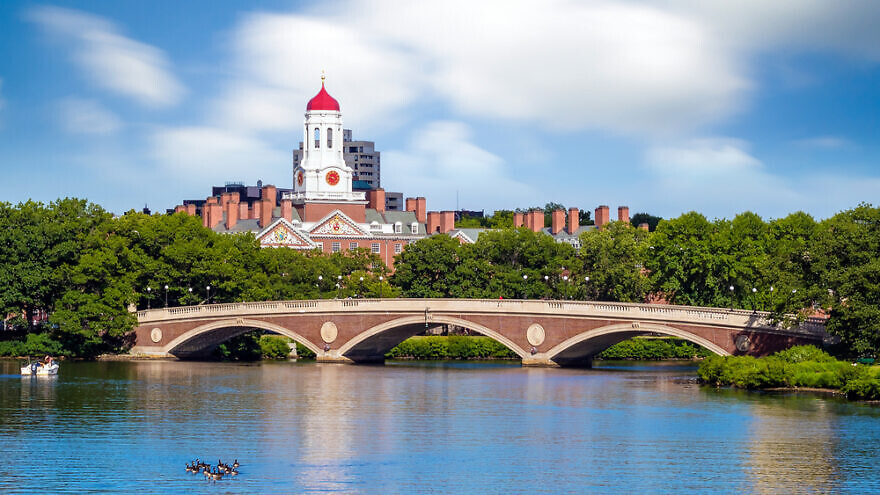 (October 18, 2021 / JNS) Greg Epstein, the new president of the Harvard chaplains, is an avowed atheist. His election has led to a perception gap between the Harvard chaplains who voted for him and the general public, which hasn’t quite come to grips with the idea that an atheist can be a chaplain.

The big reason for the gap is that Harvard’s chaplains have had longer to get used to the idea. A Humanist chaplaincy has existed at Harvard for nearly 50 years. Founded in 1974, it was “the first university Humanist chaplaincy in the world,” reports The Harvard Crimson.

Epstein has filled the role since 2005.

Matthew Schmitz, senior editor of First Things, a journal that grapples with issues of religion and public life, said he stands with the general public. The “average Joe nine times out of 10 has it right,” he said. He told JNS that the selection of an atheist chaplain is a sign of “contempt” for religion at America’s premier educational institution and is “profoundly dangerous to the life of our nation” given Harvard’s “outsized role” in world affairs.

That incredulity was fueled by provocative headlines in the press about Epstein’s new position, particularly a New York Times feature titled: “The New Chief Chaplain at Harvard? An Atheist.”

In an op-ed in The Christian Post, Michael Brown, host of the nationally syndicated radio program Line of Fire, asked the question that drew people to the story in the first place: “How can an atheist be a university chaplain?”

Brown then provided the definition of a chaplain from both the Merriam-Webster and Dictionary.com websites together with the list of a chaplain’s duties from a military website. Referring to a book written by Epstein, Good Without God, Brown wrote, “in the end, if someone wants to try and be good without God, that is their choice. Just don’t call that person a rabbi or a chaplain. To do so, to say it once more, is a total contradiction in terms.”

Although the reaction left the Harvard chaplains, who elected Epstein unanimously, somewhat shaken, it did not undermine their support. At first, they celebrated his selection as a victory for diversity. Harvard Lutheran chaplain Kathleen Reed, chairman of the nominating committee, told The New York Times, “We’re presenting to the university a vision of how the world could work when diverse traditions focus on how to be good humans and neighbors.”

Asked to comment for JNS, Reed replied in an email, “I am not commenting further on Greg’s election,” and referred to a letter-to-the-editor signed by several Harvard chaplains in response to The New York Times story. 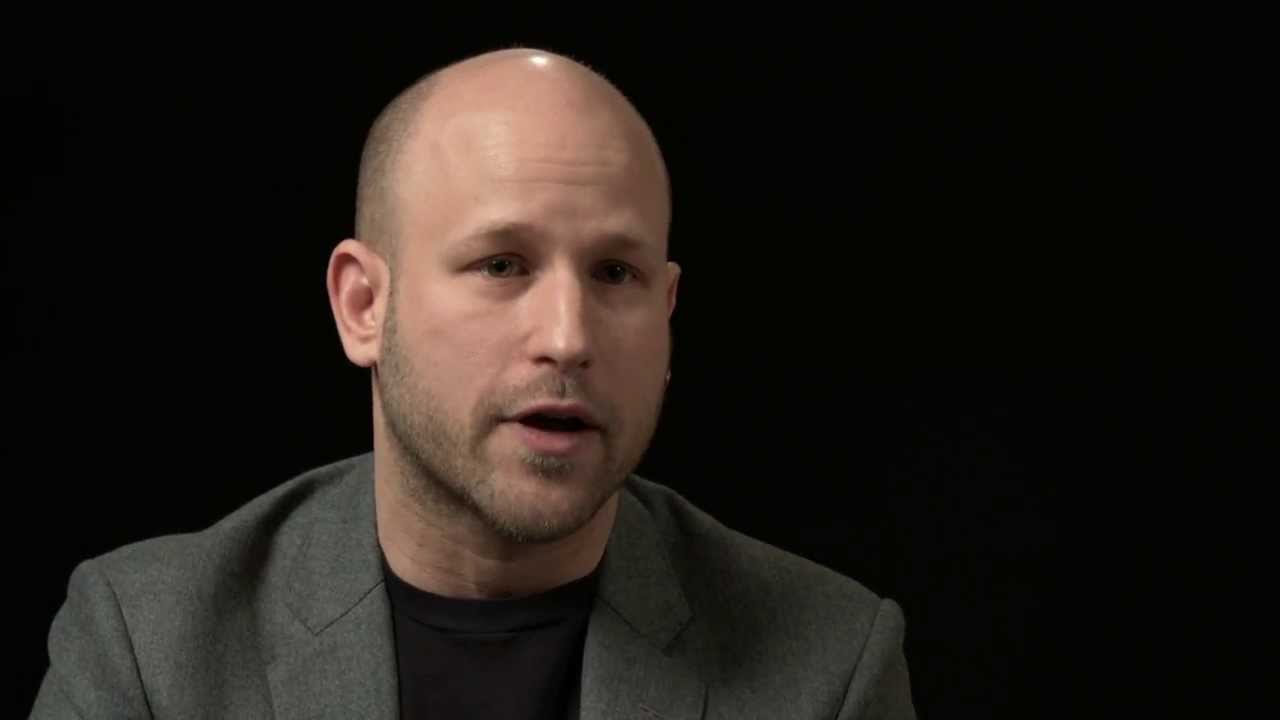 Another chaplain wrote to JNS: “In all honesty, I’m feeling a little leery about the publicity surrounding Greg’s appointment as president of the Harvard chaplains. I’ve received a lot of pushback from my constituents, and it has even been suggested that I be ‘fired’ (most of us chaplains serve voluntarily) for what was misperceived as my support for Humanist philosophy.”

Pete Williamson, an evangelical Harvard chaplain, explained his vote for Epstein in an article titled “Why I Voted for the Atheist President of Harvard’s Chaplain Group” in Christianity Today on Sept. 2. Williamson noted that the main task of the chaplain president, usually selected for two one-year terms, was coordinating meetings.

He said “about 40 chaplains spanning roughly 25 denominations, organizations, traditions and religions” were able to thrive on campus thanks to the school’s “unique, decentralized approach.”

Passow led off by saying, “An article in this week’s issue of The New Yorker, which is covering the story, states ‘Some media outlets suggested erroneously that Epstein had been tapped to head the Divinity School while the Daily Mail seemed to imply that Harvard had empowered Epstein to lead the entire university.’ So that stirred a little controversy so I wanted to come here and make sure we could all hear directly from you [Epstein].”

Epstein said, “My election was in no way some kind of indication of some kind of secularist turn by the university administration or by the Harvard chaplains.”

The same day as the Zoom meeting, a letter from five Harvard chaplains appeared in The New York Times in response to its Aug. 27 story. It explained, like Williamson and Epstein, that there is no “chief chaplain” at Harvard, and the role of president “carries no authority either to shape the Harvard chaplains as a whole or to direct the activity of any individual chaplain.”

‘A bit of an oxymoron’

Surprisingly, prominent religiously conservative think tanks found no problem with Harvard’s election of an atheist as its chief chaplain. Josh Good, director of the Faith Angle Forum at the Ethics and Public Policy Center (EPPC), which seeks to infuse Judeo-Christian values into contemporary legal, cultural and political issues, was a graduate student at Harvard, where he was active in Christian fellowship groups and his wife was a Harvard chaplain. While he admitted that an atheist chaplain is “a bit of an oxymoron,” he told JNS that the chaplains are right that the Epstein story has been misrepresented in the media.

Asked whether he thinks it’s significant that an atheist is stepping into a leadership role as president of the Harvard chaplains, Good said, “I think that answer is contingent upon what that atheist chaplain believes. The only reason it wouldn’t be good is if an atheistic chaplain was simply trying to do away with theism and to use his power accordingly.”

He added, “The reason this ignited a bit of a controversy, although more in some circles than others, is that the country itself is undergoing this transition from WASP [White Anglo-Saxon Protestant] hegemonic majority status for Christians who believe in God to no longer being a majoritarian, hegemonic position of authority and that’s psychologically upending.”

First Things editor Schmitz disagreed. He described Harvard’s chaplains as “so deluded that they imagine that they embrace tolerance when they’re very intolerant of certain more conservative or traditional expressions of faith.”

He noted that while Harvard won’t draw the line at atheist chaplains, at the Massachusetts Institute of Technology (where Epstein also serves as Humanist chaplain), Rev. Daniel Patrick Moloney, formerly Catholic chaplain at MIT, was forced to resign for comments regarding African-American George Floyd, who died at the hands of Minneapolis police officers in May 2020.

“What you see is that there are still very definite limits on the things that a chaplain can and cannot say at our nation’s leading universities. To deny the resurrection as a Christian or to refuse to observe any form of Jewish dietary law as a Jew, all of that is, of course, fine. But to run against one of the very pressing quasi-religious political pieties of our time, to challenge that, is absolutely unacceptable,” said Schmitz.

It is unlikely that Epstein will run up against any left-wing shibboleths. A review of his Twitter feed hits most Democratic talking points, from climate change to Black Lives Matter to Roe v. Wade. A member of the Rabbinic Cabinet of J Street, a group that seeks to pressure Israel to make territorial concessions, he has referred to Jews marching in Jerusalem as “Jewish supremacists,” and in July 2019 compared detention centers on the U.S. southern border to concentration camps. He recently tweeted, jokingly, that his “true religion” was U.S. politics.