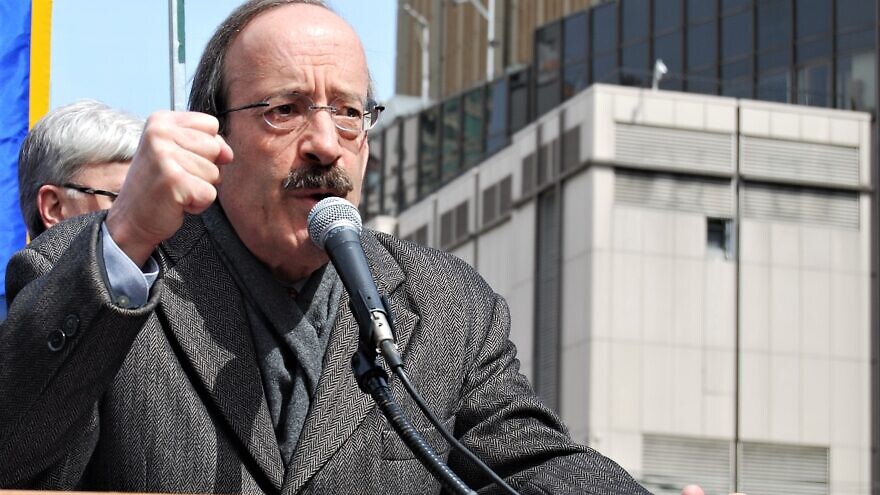 “We’re battling for the heart and soul of the Democratic Party,” said the 16-term representative during an off-the-record virtual event hosted by NORPAC, according to a recording obtained by JNS.

In New York’s 16th Congressional District on June 23, Engel will face progressive Jamaal Bowman, who has questioned the U.S.-Israel relationship.

He has been endorsed by fellow New York Democratic congresswoman Rep. Alexandria Ocasio-Cortez (D-N.Y.) and the progressive group Justice Democrats, which Engel, during the NORPAC event, said is “not pro-Israel. What I hear from them is very disturbing.”

Engel is the chairman of the Foreign Affairs Committee in the U.S. House of Representatives, which could be severely affected if he loses.

“If I were not to win, a lot of people who follow me on the committee would be discouraged or would be on other committees instead,” he said. “I really think this is much more than re-electing Eliot Engel or chairman Engel or whatever you want to call me. It’s more important to make sure that we have our hand on the pulse, and we can enhance the U.S.-Israel relationship.”

Also during the event with NORPAC, which is supporting Engel, the congressman said that if former Vice President Joe Biden, the presumptive Democratic presidential nominee, picks a running mate who is progressive, Mideast policy could shift leftwards. He hope that Biden chooses a centrist.

“Congressman Engel, chairman of the House Foreign Affairs Committee, has been one the staunchest and most dependable friends of U.S.-Israel Relations in Congress for 30 years,” NORPAC executive director Avi Schranz told JNS. “He has been a steadfast Representative of the Bronx and Westchester areas, and Rockland County, previously.”

Schranz went on to note that “he is being targeted this year by an opponent who is attacking his record and who is receiving great financial support from organizations like Justice Democrats that have been targeting Members of Congress, who favor strong U.S.-Israel relations.”