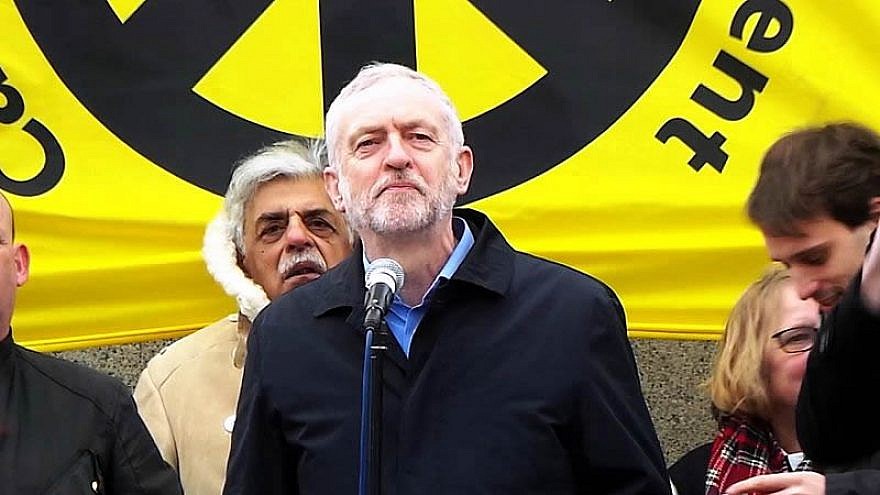 (February 10, 2022 / JNS) Former British Labour Party leader Jeremy Corbyn is scheduled to participate in a webinar that will feature extremist figures affiliated with the Muslim Brotherhood.

The Feb. 12 webinar—titled “2022, The Year to Combat Normalization: We Will Resist the Entity and Protect the Homeland”—is being organized by the Anti-Zionism Coordination (AZC) group, also known as Anti-Zionism and Normalization

The AZC is an umbrella organization composed of Muslim Brotherhood-affiliated organizations around the Arab world, from Jordan and Morocco to Sudan and Algeria. Several members of its “Supreme Committee” are also members of the Muslim Brotherhood branches in their respective countries, including Mahmoud Musa from Lebanon, Moath Khawaldeh of Jordan, Naser Al-Fadalah of Bahrain and Hamoud Kebour of Algeria. 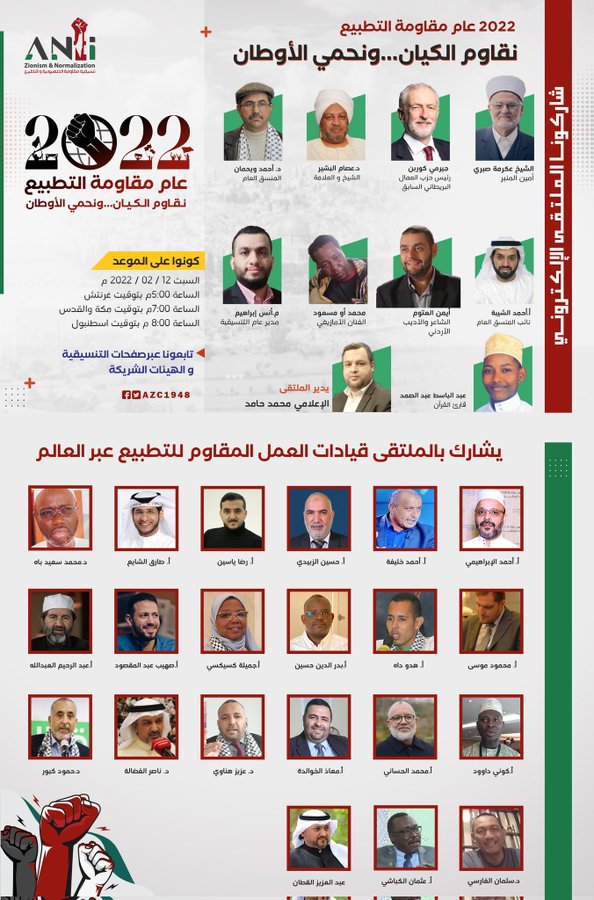 Corbyn led the Labour Party in the United Kingdom, as well as the opposition, from 2015 to 2020. During his tenure, he was accused of anti-Semitism by members of his own party and by British Jewry leadership.

In addition to its ties to the Muslim Brotherhood, the AZC’s leadership has also engaged in anti-Semitism. During a January 2021 webinar, AZC general manager Anas Ibrahim said that “every conflict [in the world] has a Zionist behind it.”

Two other sponsors of the webinar include the Boycott Campaign-Palestine and the Al-Quds International Institute, a group designated by the United States as a terror organization for being controlled by and acting for or on behalf of Hamas.