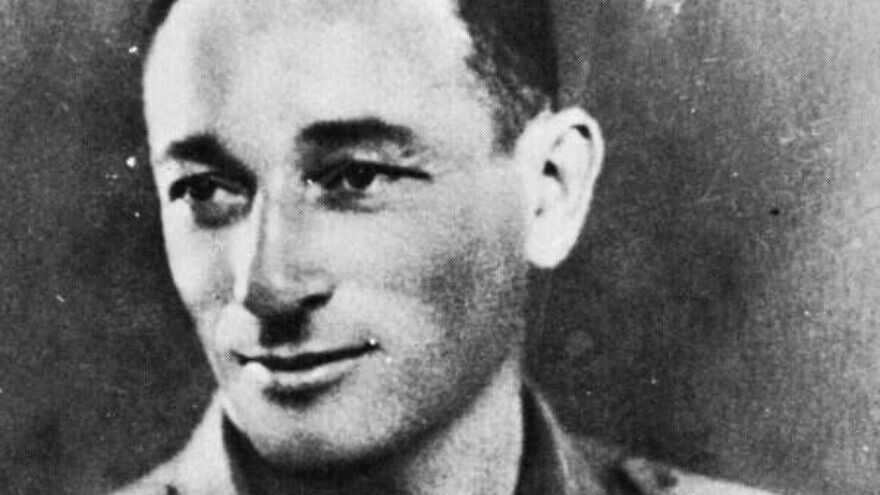 (April 20, 2022 / Israel Hayom) Decades after they were lost, the tefillin (phylacteries) of Irgun fighter Dov Gruner, who was hanged by the British in 1947 after being caught during a raid on the Ramat Gan police station, are going on display in a new exhibition at the Menachem Begin Heritage Center in Jerusalem.

“When we set began work on the Begin Center in the year 2000, we received a lot of archival material that had been stored for years at the Jabotinsky Institute, where all sorts of souvenirs that Menachem Begin had received and personal objects that he collected were stored,” said Rami Stavi of the Begin Center.

“Among all the piles of materials were two sets of tefillin—one that we have yet to discover who they belonged to, and the second, a set of tefillin in a small bag with the mysterious word ‘tzav’ [Hebrew for order or command] written on it,” related Stavi. 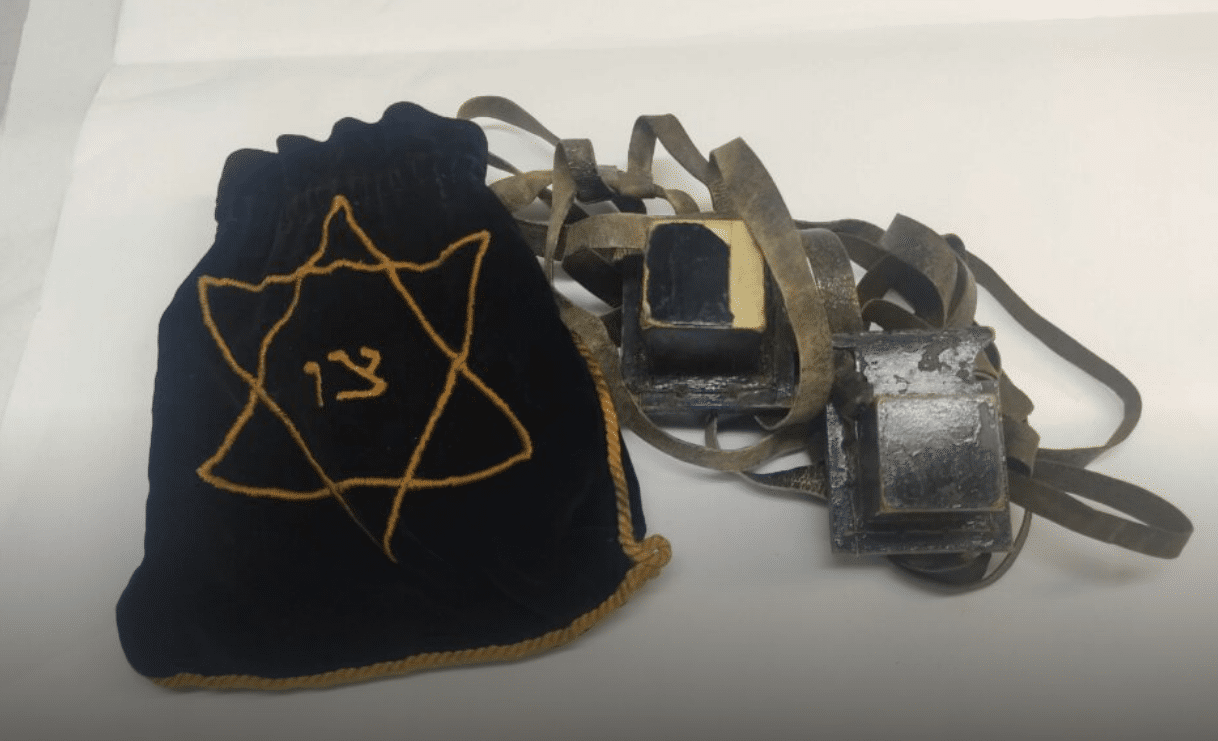 The years went by, until one day when Stavi was researching the origin of a different item he came across a newspaper clipping that revealed the whole story. The article, published in February 1978, recounted how on the day Gruner set out on his final operation, he left a few items at the home of his friend Binyamin Arenfeld. Most were returned to his family, but the tefillin remained at Arenfeld’s house.

In 1978, Arenfeld’s daughter decided to give them to former Irgun commander, then-Prime Minister Begin.

“Gruner was a frequent visitor to our house,” she said in the article. “On the day he went out on his final operation, he ate with my parents at our house in Tel Aviv. And then he left without saying where he was going. He never returned from that operation.”

“I assume the items were handed over to Jabotinsky Institute. The tefillin were separated at some point from the postcards and thus from Gruner’s identity. At some point we received the tefillin, while the postcards remained at the institute,” said Stavi.