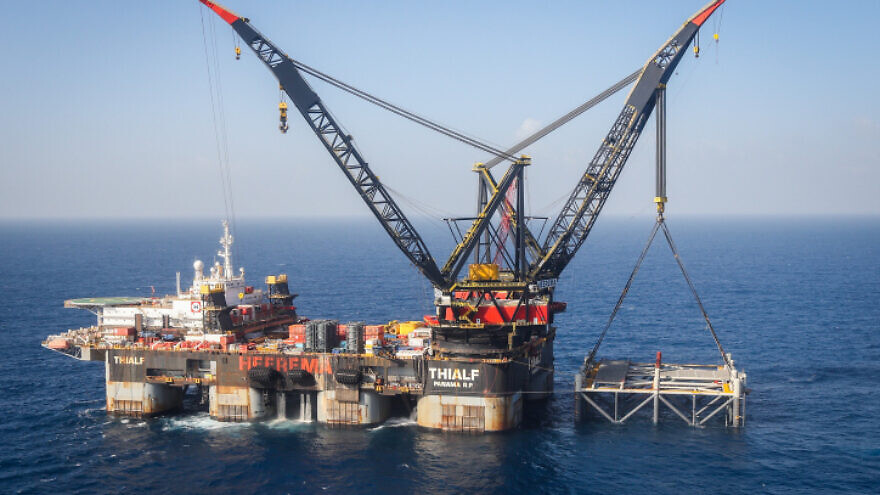 (January 15, 2020 / JNS) In a historic first, Israel began exporting natural gas to Egypt on Wednesday, according to the terms of a landmark agreement between the two countries.

Israeli Energy Minister Yuval Steinitz and his Egyptian counterpart Tarek el-Molla announced the event in Cairo on Wednesday morning. The two energy ministers released a joint statement saying that the beginning of gas export from Israel to Egypt was an “important development” that would “serve the interests of both sides,” reported Israel Hayom.

The gas is being exported by a subsea pipeline through the Sinai peninsula. Egypt is seeking to export some of it to Europe.

The move comes as tensions reaching a new high in the eastern Mediterranean region after the Turkey’s parliament approved a measure to deploy Turkish troops to Libya to support the U.N.-backed government there. The Turkish move came as Israel, Cyprus and Greece inked a massive new pipeline deal to transport natural gas from the eastern Mediterranean to markets in Europe.

Turkey, with decades of tensions with Greece and Cyprus, and more recently with Israel, has strongly opposed the pipeline. It also recently signed an agreement with Libya’s Tripoli-based government setting maritime boundaries that conflict with those envisioned by Israel, Cyprus, Greece and Egypt.