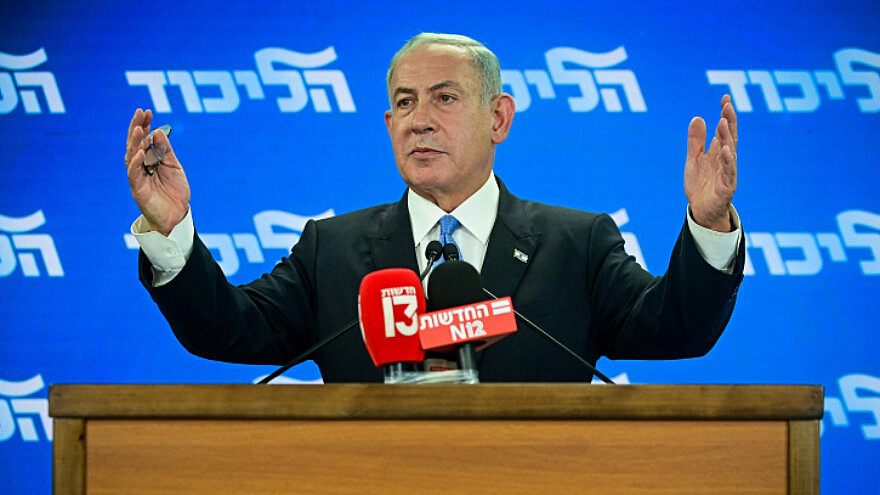 Polls by Channel 12, Channel 13 and the Kan public broadcaster all predicted the Netanyahu-led bloc securing 60 mandates, one short of a majority in the 120-member Knesset.

Lapid is on record stating that he would not sit with Hadash-Ta’al in a future government.

Israel’s election laws ban the publication of polls in the immediate days before the vote.

More specifically, the surveys showed the Likud winning 30-31 seats, which would make it the largest party in the next Knesset. Lapid’s Yesh Atid looks set to garner 24-27 mandates, while Religious Zionism was predicted to be the third largest party with 14-15 seats.

Israelis will head to the ballot box on Tuesday for the country’s fifth national vote in less than four years.