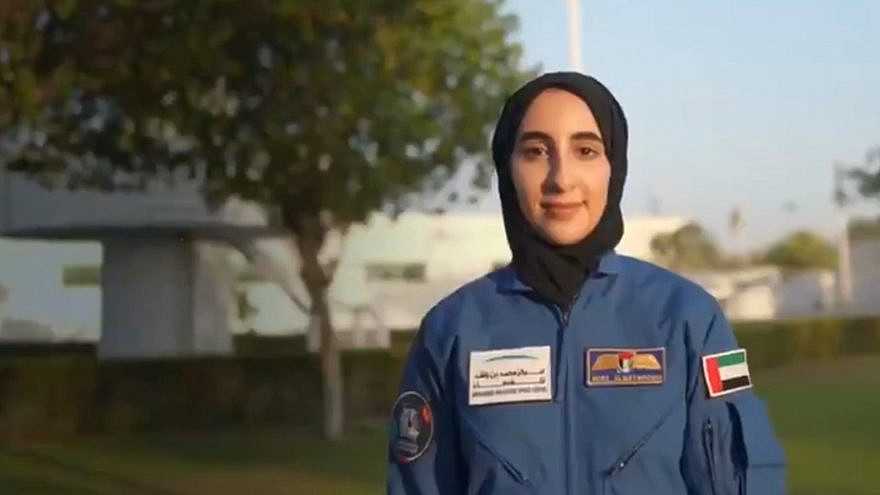 Al-Matroushi tweeted: “The nation gave me unforgettable moments today. I aim to work hard to script historical moments and achievements that will be etched forever in the memory of our people. I thank our wise leadership and the team of the UAE Astronaut Program. Preparations and work begin now.”

According to a video posted by the space center, Al-Matroushi earned her bachelor’s degree in mechanical engineering at the United Arab Emirates University and currently serves as an engineer at the country’s National Petroleum Construction Company.

Meanwhile, German state-owned international news broadcaster Deutsche Welle reported that the UAE’s first mission to Mars was set to become the fifth to reach the planet and enter its orbit on Tuesday. According to the report, the mission would also be the first by an Arab state.

Al Maktoum said that even if the mission failed to enter the red planet’s orbit, “We’ve already made history. This is the farthest point in the universe to be reached by Arabs throughout their history. … Our goal is to give hope to all Arabs that we are capable of competing with the rest of the world.”

UAE Space Agency head and Advanced Sciences Minister Sarah Al-Amiri told DW, “Our science team is 80 percent women. They are there based on merit and based on what they contribute towards the design and development of the mission.

“I myself have not faced any adversity throughout my career, be it working at the space center from almost 12 years ago, all the way to becoming a minister within the Cabinet.