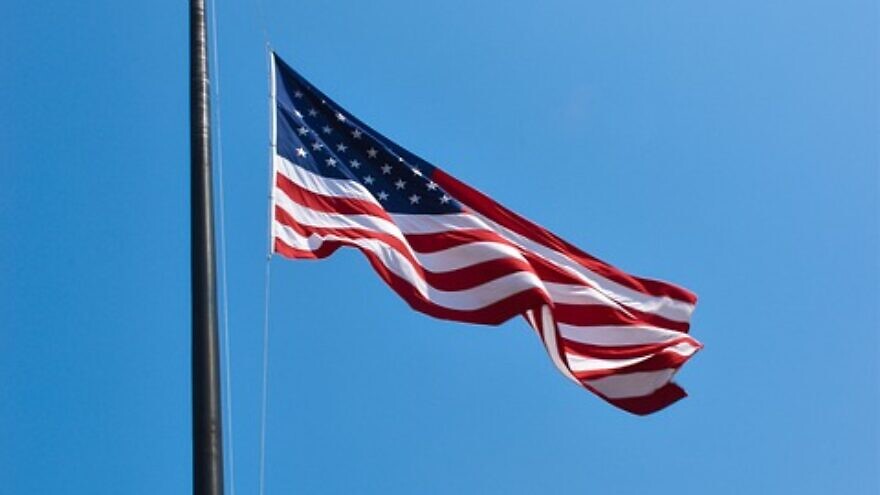 (December 13, 2019 / JNS) New Jersey Gov. Phil Murphy ordered flags across the state to be flown at half-mast for a full week beginning on Friday, Dec. 13, in “recognition and mourning of the passing of the victims in Jersey City.”

Jersey City Police Det. Joseph Seals was killed in the line of duty on Dec. 10 at the start of an afternoon of terror in the city.

His two attackers then drove to the JC Kosher Supermarket in the Greenville section of the city. There, they killed two Chassidic Jews—store owner Leah Mindel Ferencz, 33, and customer Moshe Deutsch, 24—and Miguel Rodriguez, 49, a store employee who is being remembered as a hero for helping a customer escape out the back when the attack began.

Ferencz’s husband, Moshe Dovid Ferencz, had left the store just moments before the attack began to attend services at a synagogue next door. They are the parents of three young children.

Also killed that day during an hours-long standoff with police were the attackers, who reportedly harbored anti-Jewish and anti-police feelings.

N.J. State Attorney Gen. Gurbir Grewal, whose office is overseeing the case, said he’s investigating the case as an act of “domestic terror.”

The governor’s Executive Order No. 96 also noted that “we unequivocally condemn any act of violence that sows seeds of division in our communities in the strongest possible terms,” and that “we must make every effort to ensure that those who seek to do irreparable harm cannot readily access firearms and weapons of war.”

The attackers in the Jersey City terror incident reportedly had a stockpile of weapons. Police say the investigation remains ongoing.