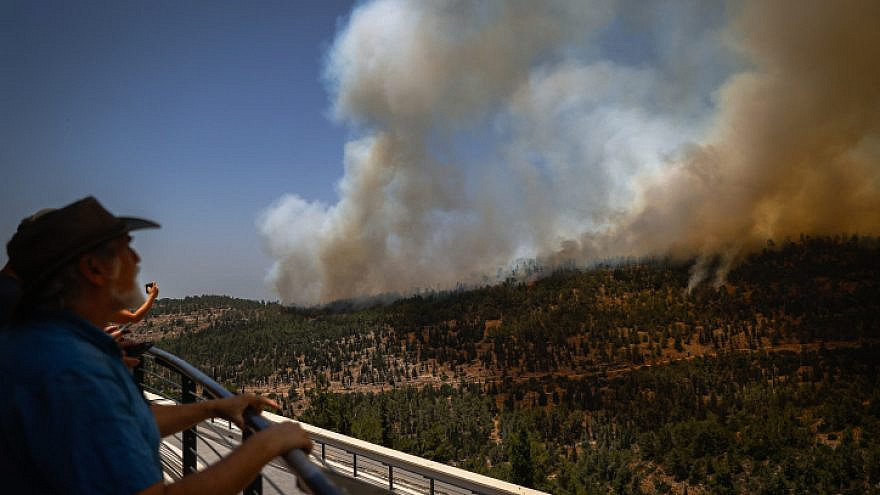 One fire broke out on Har Haruach outside the city and spread to nearby communities Neve Ilan, Kibbutz Ma’aleh HaHamisha, Abu Ghosh and other locations, aided by the hot and dry June weather, combined with strong winds.

Meanwhile, firefighters were also working to contain another large fire that started on Har Eitan.

Commanders of the Jerusalem District Fire and Rescue Services issued orders for Ma’aleh HaHamisha residents who live in the homes closest to the fire to evacuate.

Four firefighting aircraft were helping the ground crews, and backup forces had been scrambled from other districts.

Keren Kayemet LeIsrael-Jewish National Fund called the fire at Ma’aleh HaHamisha a “major event,” and its own personnel were helping firefighters from the Fire and Rescue Services.