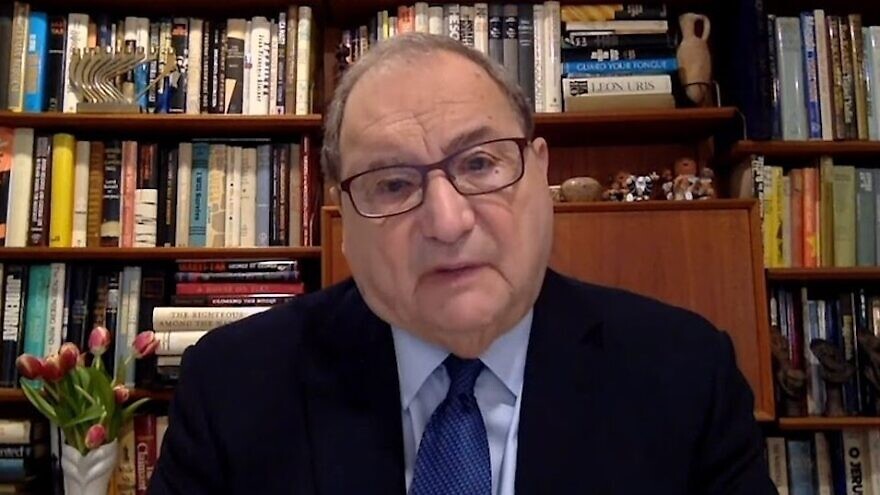 A key difference between the candidates seeking to represent the most Jewish district in Michigan is their positions on Israel.

While both claim to be pro-Israel, Stevens has been endorsed by traditional pro-Israel groups such as AIPAC while Levin has aligned himself with organizations such as J Street and Americans for Peace Now, which call for conditioning military aid to Israel.

Foxman announced his endorsement in an op-ed published in The Detroit News.

“It is my belief that Stevens and her like-minded colleagues promote a strong U.S.-Israel relationship and meaningfully combat anti-Semitism while Levin and his fellow travelers do not,” he wrote.

Foxman said Stevens has an understanding that Israel is America’s closest ally and the Middle East’s only democracy, despite having to fight existential threats since its inception.

He added that Stevens has been more constructive towards the U.S.-Israeli relationship than Levin, seeking to strengthen the moral and strategic bonds between the two nations.

Levin, according to Foxman, adopts a “paternalistic and sometimes hostile view” towards Israel, “protecting Israel from itself” by joining those who are eager to pile on “international enmity publicly berating Israel as a human-rights suspect seemingly solely responsible for its ongoing conflict with the Palestinians.”

Foxman also took Levin to task on anti-Semitism, saying that Levin believes the scourge only comes from the far-right, rather than both sides of the political spectrum.

Another difference between the two, he cited, was their opposite reactions to the libelous Amnesty International report that called Israel an apartheid state. While Stevens immediately condemned it, Levin has so far kept silent.

“Neither partisanship nor ideological commitment can be allowed to excuse this form of racism, something Levin has done in his denial of its existence within his ideological cadre and his public defense of close colleagues Democratic Reps. Ilhan Omar [of Minnesota] and Rashida Tlaib [of Michigan],” wrote Foxman. “By contrast, Stevens focuses on the issue, not the politics, and consistently pushes back on anti-Semitism from whatever corner it emanates.

“To be clear,” he acknowledged, “Levin abhors anti-Semitism no less than Stevens, but fighting it requires doing so wherever it is found, not just in your political opposite.”

Foxman served as national director of the ADL from 1987 until his retirement in 2015.