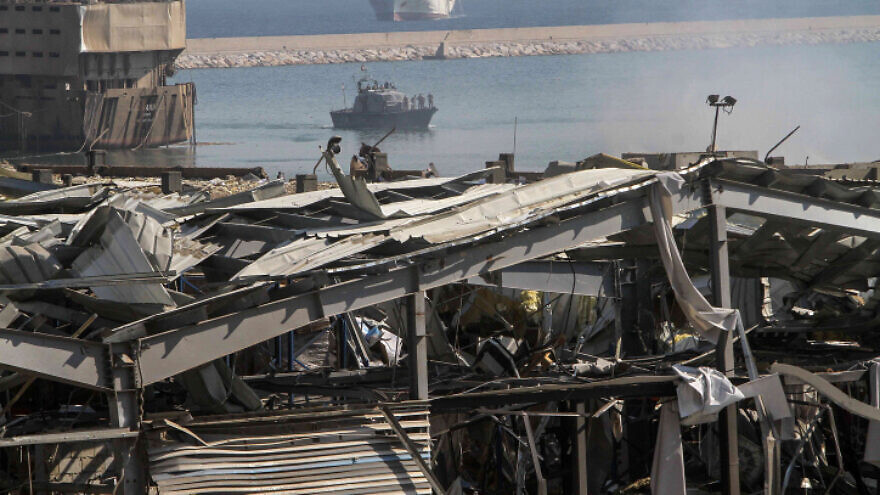 (August 11, 2020 / MEMRI) Former Lebanese Justice Minister Gen. (ret.) Ashraf Rifi has demanded an investigation into the Beirut port blast on Aug. 4, but warned that such an investigation will be pointless unless the investigators and judges were protected from Hezbollah.

Speaking to Saudi Arabia’s Al-Arabiya on Aug. 7, Rifi, who is also a former director-general of Lebanon’s Internal Security Forces, said that the terror group “might kill any judge who concludes Hezbollah is responsible. Hezbollah might kill any officer and his family.”

While in 2005 Lebanon had called for an international tribunal to investigate and prosecute those responsible for the death of Rafik Hariri, Lebanon’s former prime minister, today Lebanon was fully capable of carrying out such an investigation on its own.

“We are not less qualified than others and do not have inferior technical means,” said Rifi. However, he added, whoever was put in charge of such an investigation, whether a judge or a member of the security forces, as well as their families, would have to be protected.

“Hezbollah is a terrorist organization,” he said. “It is a murderous, criminal organization that kills its rivals.”

He himself had witnessed the assassination of Lebanese military officials Wisam al-Hassan and Wissam Eid, he said, adding that “we all know full well that Hezbollah is responsible” for their deaths, as well as for that of Hariri.