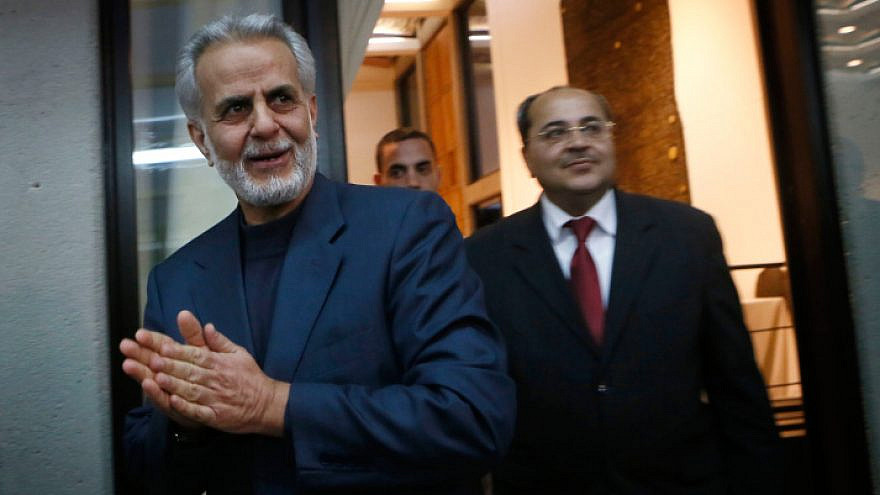 (April 6, 2021 / Israel Hayom) The former leader of Israel’s Ra’am Party attended the homecoming celebration on Monday in Baka al-Gharbiya for a resident released from prison after serving 35 years for the murder of an Israeli soldier.

Rushdi Hamdan Abu Makh, a member of the terror cell that abducted and murdered Moshe Tamam in 1984, was originally sentenced to life in prison, but his sentence was commuted in 2012 by then-President Shimon Peres.

On Monday, he returned to his hometown in northern Israel, where locals welcomed him with a parade, waving Palestinian flags, singing and dancing as he made his way to his family home.

According to Moshe Tamam’s niece, Dr. Ortal Tamam, the family had not known Abu Makh’s sentence had been commuted.

“I see how Arab children in Baka al-Gharbiya admire him like he was some sort of hero. How can the state allow for such celebrations to take place? He killed a soldier. They [the state] should revoke his citizenship, and we plan to fight for it,” she said.

Right-wing NGO Im Tirtzu condemned the homecoming parade as “disgraceful,” saying that such a celebration “all but dances on the graves of those murdered.”

“The law states that anyone expressing sympathy, support or encouragement for acts of terror is punishable by up to five years in jail. This event did not take place in Syria or in the Gaza Strip but in Israel. We call on the public security minister to take action, and we urge the interior minister to exercise his authority and revoke this heinous killer’s citizenship without delay,” the group said in a statement.