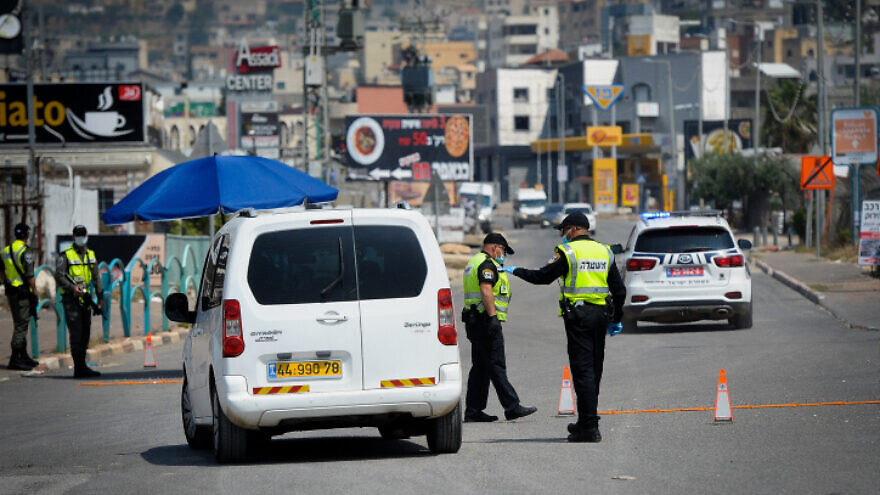 (April 16, 2020 / JNS) Four Arab towns in northern Israel were placed under lockdown on Wednesday due to a sharp rise in coronavirus infections in the area, according to Israeli media reports. The affected towns are Deir al-Assad, Nahf, Ba’ana and Majd al-Kroum.

There are 23 confirmed cases and “hundreds of potential infections” in Deir al-Assad, the ministry said, according to Ynet.

In recent days, authorities have begun to worry that Israel’s Arab sector could see a spike in infections. The outbreak in Deir al-Asad comes a week after other Arab localities, such as Umm el-Fahm, Jisr az-Zarqa and Daburiyya, also recorded a worrying rise in infections.

The strict lockdowns imposed on the Jewish sector during the Passover holiday were not in effect in Arab communities, and regulations limiting movement in the Arab sector during the upcoming Muslim holiday of Ramadan have yet to be formulated.

Officials are worried that tightening restrictions on movement in eastern Jerusalem could lead to violent clashes with police, according to the report.