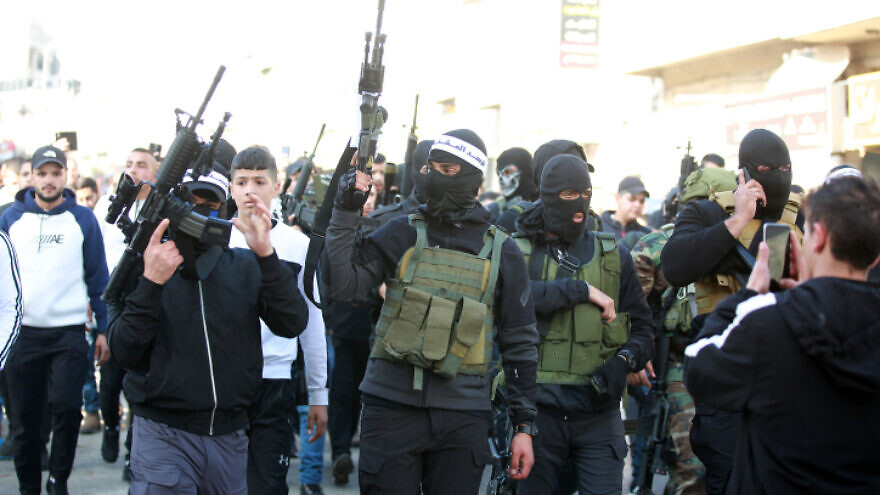 (December 21, 2022 / JNS) The body of Nasser Abu Hamid, a co-founder of the Al-Aqsa Martyrs Brigades terror organization, will remain in Israeli hands rather than be handed over to the Palestinian Authority, Defense Minister Benny Gantz decided on Wednesday.

Abu Hamid, who was serving seven life sentences for his role in deadly terrorism during the Second Intifada, died of lung cancer on Tuesday at Assad Harofe Medical Center in Rishon Lezion.

Gantz’s decision was made in accordance with a 2020 Cabinet directive on holding terrorists’ bodies in order to enable Israel to conduct prisoner exchanges with Palestinian terror organizations. In 2020, the Israeli Cabinet decided that Israel should hold a greater number of terrorist bodies, with a focus on those who participated in lethal activities and including the remains of terrorists who do not belong to Hamas.

Hamas in the Gaza Strip is holding two mentally ill Israeli civilians and the corpses of two Israel Defense Forces soldiers who were killed in action in the 2014 war (“Operation Protective Edge”) and whom Hamas claimed to abduct alive, and is demanding the release of Palestinian security prisoners in exchange for their release.

Hussein el-Sheikh, secretary general of the PLO’s executive committee, demanded earlier on Wednesday that Israel hand over Abu Hamid’s body. In an interview with Al Jazeera, he said the transfer should be made for humanitarian, national and political reasons, and he accused Israel of medical malpractice.

Palestinians across Judea and Samaria and the Gaza Strip marked the death of arch-terrorist Abu Hamid with “Day of rage” protests and a general strike.