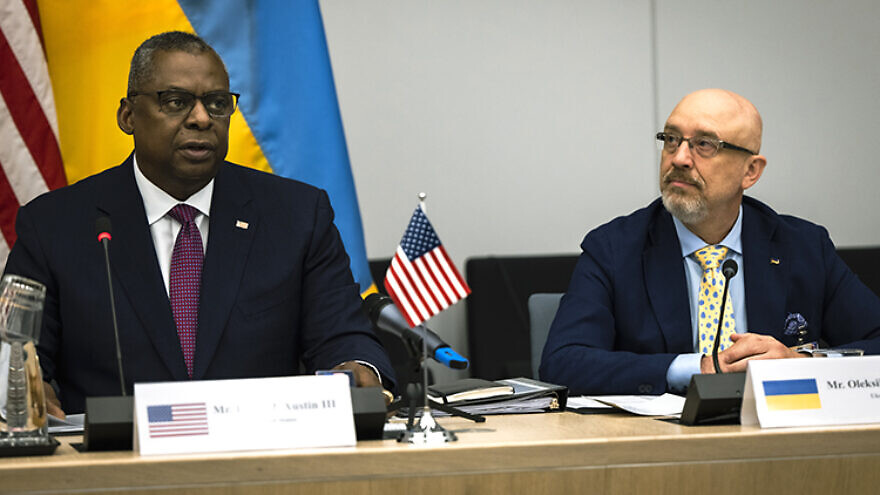 (October 24, 2022 / JNS) Israeli Defense Minister Benny Gantz spoke with his Ukrainian counterpart, Oleksii Reznikov, on Monday and offered to provide the war-torn country with an alert system for early warning of Russian missile and drone attacks.

Gantz reiterated that Israel stands with the Ukrainian people and the West, and his commitment to supporting Kyiv via the delivery of humanitarian aid and life-saving defense equipment. “The ministers agreed to conduct professional dialogue in order to assist Ukraine in the development of a civilian early warning system,” the statement continued.

However, Gantz also stressed “the operational limitations faced by the State of Israel. As a result, Israel will not provide weapon systems to Ukraine.”

The two men concluded the call by agreeing to continue communicating in the coming weeks regarding additional topics on the agenda.

On Oct. 20, a phone call set to take place between Gantz and Reznikov was canceled at the request of Kyiv, Gantz’s office said.

The incident came after Gantz told European Union ambassadors that while Jerusalem stands with Kyiv, it will not supply it with arms.