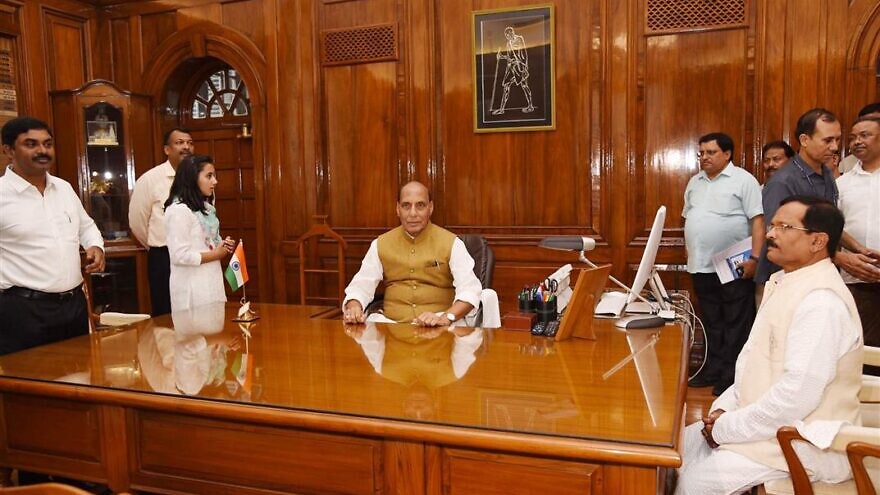 (March 28, 2022 / JNS) Israeli Defense Minister Benny Gantz has decided to delay an official visit to India, his office announced on Monday, a day after a deadly terror attack in Hadera by two ISIS-affiliated gunmen claimed the lives of two Israeli Border Police officers.

On Thursday, Gantz’s office said he would lead a defense delegation on an official visit to India, “marking 30 years of defense relations between the two countries.”

The original visit was scheduled to begin on Tuesday.

When the visit does go ahead, it will include discussions between Gantz and India’s Defense Minister Rajnath Singh “with the aim of expanding and deepening cooperation between the establishments. Additional meetings will be held with senior officials,” according to Gantz’s office.

The visit will also see the participation of other senior Israeli officials from the Defense Ministry’s Directorate for Defense Research and Development, as well as the Policy and Political-Military Bureau. Representatives from Israel’s defense industries will also take part.

In 2018, Israel Aerospace Industries was awarded a $777 million mega-contract for the supply of the marine version of the Barak 8 air- and missile-defense system for seven ships of the Indian navy. The contract was entered with the Indian state-owned company Bharat Electronics Limited (BEL), which serves as the main contractor in the project.

Barak-8 system was developed by IAI in collaboration with the Israeli Defense Ministry and with India’s Defense Research and Development Organization; the navies of both countries; Rafael Advanced Defense Systems; and local industries in both India and Israel.