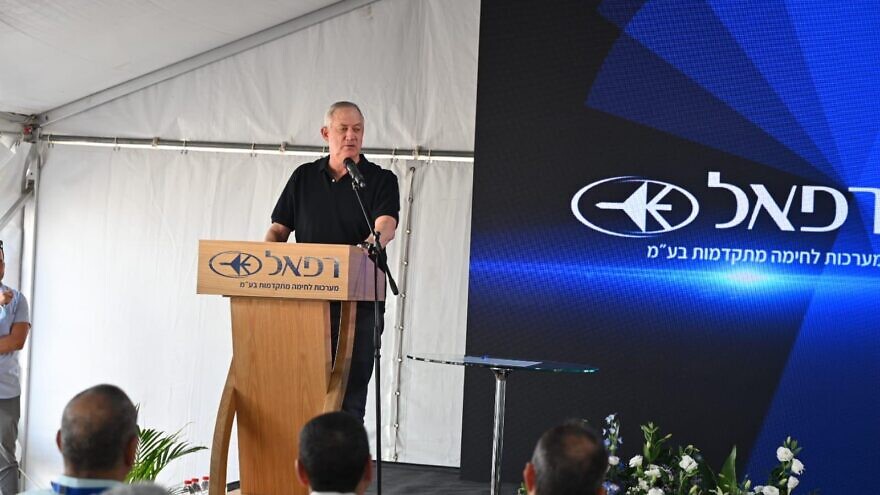 (November 10, 2021 / JNS) Israel will not allow Hezbollah to obtain weapons that will harm Israeli military superiority or allow such weapons to reach other Iranian proxies in the arena, vowed Israeli Defense Minister Benny Gantz during a speech in northern Israel on Tuesday.

Speaking during the unveiling of a new factory belonging to the Rafael defense company in Shlomi, Gantz said that “15 years ago, this place burned because of Hezbollah’s rockets and was threatened by the Iranian entrenchment in Syria. The strengthening and fortification of this location through another factory and another growth engine is a clear message to our enemies that our determination is unshakable.”

He added that “from the operational perspective, we are working in a broad manner against attempts [by our adversaries] to build up their force and to breach the balance in the arena.”

“We are working all of the time to prevent war—conducting operations, transferring messages and preventing force build-up. But if, and when, a war will occur here on the front, we will be prepared … to conduct operational actions that we have not seen in the past through means we did not possess in the past, which will harm the core of terrorism and [the enemy’s] capabilities.”