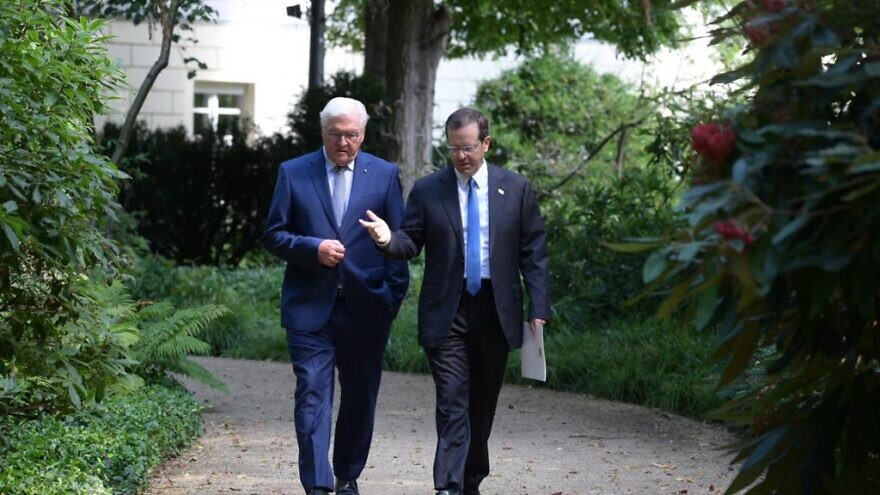 (September 5, 2022 / JNS) German President Frank-Walter Steinmeier on Sunday admitted to feeling shame over the fact that it took Berlin 50 years to reach a compensation agreement with the families of the Israeli victims of the 1972 Munich Olympics terror attack.

Speaking beside Israeli President Isaac Herzog, who is currently in Germany for an official visit, Steinmeier said, “That it took 50 years to reach this agreement in the last [few] days is indeed shameful,” according to a report by AFP.

Disagreement over the German government’s previous offer to the victims’ relatives threatened to derail Monday’s memorial ceremony in Munich, with the families warning that they would boycott the event if the offer stood.

However, a settlement was reached on Aug. 31, with compensation totaling €28 million.

At a state banquet in Herzog’s honor at Bellevue Palace in Berlin on Sunday, Steinmeier acknowledged that Germany bore a share of responsibility not only for the tragedy itself, but for its aftermath.

All nine hostages, as well as eight terrorists and a German police officer, died during a botched rescue effort by West German police.

Over the years, victims’ relatives have worked hard to obtain an official apology from Germany, access to official papers and greater compensation than the €4.5 million offered to the families of the 11 slain Olympians, the report noted.

“I came home with the coffins after the massacre,” Ankie Spitzer, whose husband, fencing coach Andre Spitzer, was killed after being taken hostage, told AFP. “You don’t know what we’ve gone through for the past 50 years.”