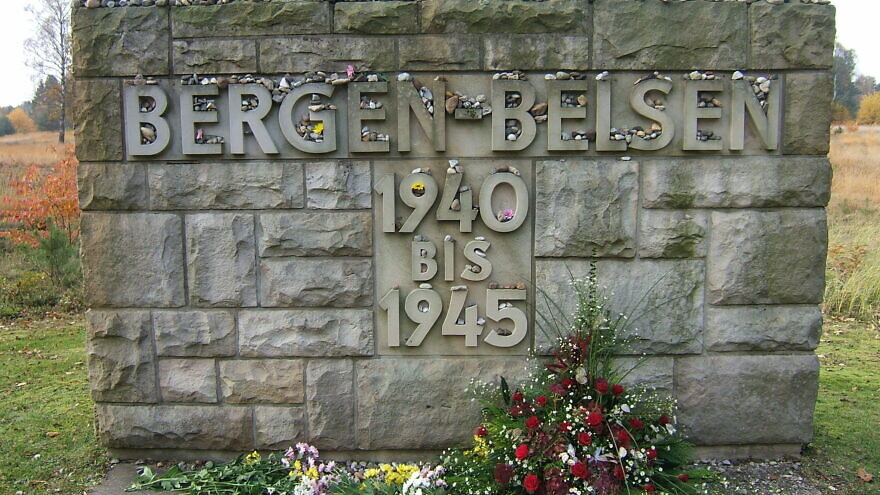 A view of the monument outside of the Bergen Belsen concentration camp. Credit: WordRidden via Flickr.
Spread the word.
Help JNS grow!
Share now:

(April 17, 2020 / JNS) Germany held a minute of silence on Wednesday to mark 75 years since the liberation of the Bergen-Belsen Nazi concentration camp on April 15, 1945.

Events commemorating the liberation that were originally planned for Sunday are being postponed to April 2021. The memorial site to the camp is closed because of coronavirus (COVID-19) restrictions. Some of the originally planned speeches will instead be delivered online.

More than 50,000 people died at the Bergen-Belsen camp, including the well-known teenager diarist Anne Frank. The camp is located in what is today known as Lower Saxony in northern Germany.

Lower Saxony state premier Stephan Weil called on Germans to observe the silence and urged them to put aside “all of our current worries.” He said, “For us in Lower Saxony, Bergen-Belsen is the place that shows us the cruelty and mercilessness of the darkest part of our history.”

Jens-Christian Wagner, head of Lower Saxony’s memorial foundation, said the cancellation of the commemoration events is a “very, very big disappointment” for survivors of the camp, who planned to travel to Germany from around the world for the ceremony, The Times of Israel reported.

The Buchenwald former concentration camp, also in Germany in the state of Thuringia, marked the 75th anniversary of its liberation on Saturday by having employees of the camp’s museum lay wreaths at the memorial.

Authorities also published online a “Declaration of Thuringia,” warning that “racism and anti-Semitism are openly propagated,” and “right-wing radicalism and authoritarianism are on the rise, as are a form of populism emboldened by a racially motivated superiority complex, nationalism.”