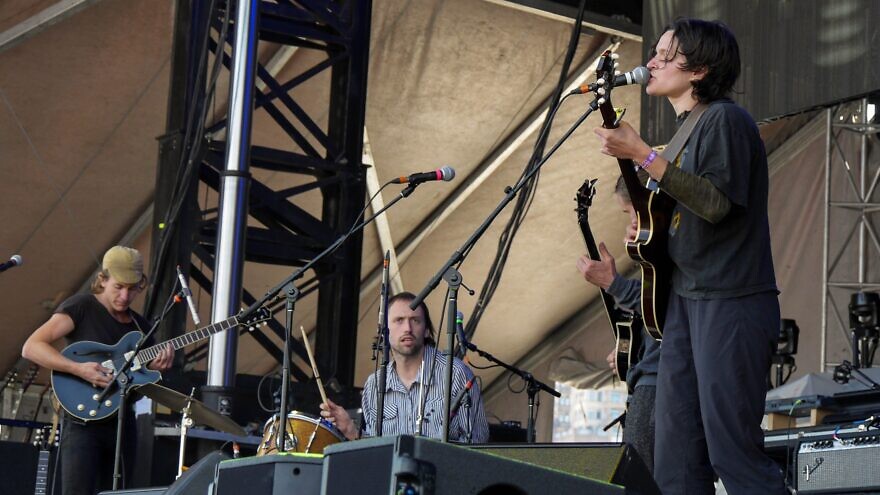 The band, whose bassist Max Oleartchik is Israeli and lives in Tel Aviv, announced the cancelation in a post on Instagram on Thursday, adding that it opposes “the illegal occupation and the systemic oppression of the Palestinian people.”

The decision to cancel the shows came just days after the band initially defended its plan to perform in Israel, writing on Instagram that a foundational part of the band has been to “share our homes, families and friends with each other in order to gain a deeper understanding of one another and the people and places that have made us who we are.”

Oleartchik is the son of Israeli musician Alon Oleartchik.

“We are well aware of the cultural aspect of the BDS movement and the desperate reality of the Palestinian people,” wrote the band. “In terms of where we fit into the boycott, we don’t claim to know where the moral high ground lies, and we want to remain open to other people’s perspectives and to love beyond disagreement.”

The band promised to donate profits from the shows to NGOs that provide medical and humanitarian aid to Palestinian children and joint efforts between Palestinians and Israelis.

We will be canceling our 2 shows in Tel Aviv. pic.twitter.com/ocSFtgnYz4

The band later apologized for what it called the naiveté of its earlier post announcing the concerts, saying its statements about the moral high ground did not refer to “the Israeli occupation and the displacement of Palestinians,” and promised to do more learning about the subject.

“Our intent in wanting to play the shows in Tel Aviv, where Max was born, raised and currently lives, stemmed from a simple belief that music can heal. We now recognize that the shows we booked do not honor that sentiment. We are sorry to those we hurt with the recklessness and naiveté of our original statement on playing in Israel, and we hope those who were planning to attend the shows understand our choice,” it wrote.

Barby, where the shows were scheduled to be performed, hit back with an angry message posted on its Facebook page, writing in Hebrew that it was the band that reached out to the venue to book the concerts and is now backing down due to pressure from “paid” BDS protesters. The venue also called the musicians hypocrites for citing BDS as the cause for the cancelation despite previously performing in the country.

“BDS has been with us for 20 years; it has not changed since the last time they were in the country,” it noted, saying now, as Grammy nominees, they have more to lose.

“The insults on Instagram, just made you fold/scared. Some paid protesters outside the hall in Europe made your managers kneel, ‘and the solution’—let’s skip Israel, let’s give up our audience, where it’s less important,” the Barby post continued. “ … In fact, your cancellation only made me sad for you, a bunch of poor, spineless musicians who are afraid of their own shadow.”