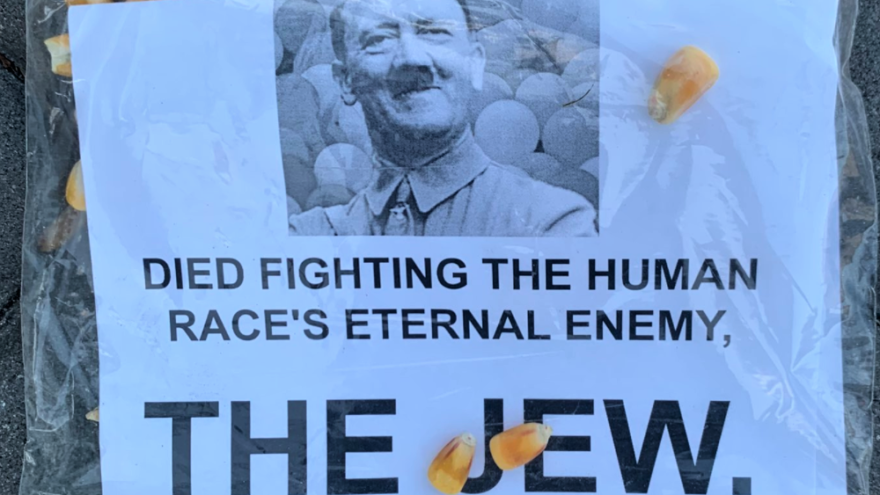 (July 25, 2022 / JNS) Anti-Semitic fliers claiming that Jews control the media were found outside homes in Minnesota, Georgia, New York and Florida in recent days, and are being attributed to the same group that marched with swastika flags in Tampa, Fla., on July 23.

“Six Jewish media corporations own 96% of the media,” read the fliers, which were contained in plastic bags weighed down with corn kernels and included photos of several Jewish media insiders with a Magen David, or Star of David, on their forehead. It included the web address for the anti-Semitic Goyim Defense League.

One Minnesota resident who found a flier on her driveway on Monday morning shared a photo on social media with the message: “Found this outside my house this morning. WTF?”

Similar fliers, including ones that blame the coronavirus pandemic on Jews, have been distributed in cities across the country in recent months, tied to the Goyim Defense League.

That group was behind a protest outside of the Tampa Convention Center, where the conservative youth event, Turning Point USA Student Action Summit, was meeting.

Responding to reports that those involved in the protest were “actors,” the Anti-Defamation League tweeted on Monday: “Our Center on Extremism is aware of claims that the neo-Nazi protesters outside this weekend’s TPUSA [Turning Point USA] conference were ‘paid actors.’ These claims are false.

“In fact,” the ADL continued, “these protesters were known white supremacists who were there to promote their racist, hateful beliefs.”

Executive director Liora Rez of StopAntisemitism.org pointed out that one of the men in the group was 74-year-old David Howard Wydner, a member of the neo-Nazi National Socialist Movement.

Back in January, members of both NSM and the Goyim Defense League gathered in Orlando, Fla., and carried placards that said “Vax the Jews” and called Jews “the devil” and saying “Jews rape children and drink their blood.” 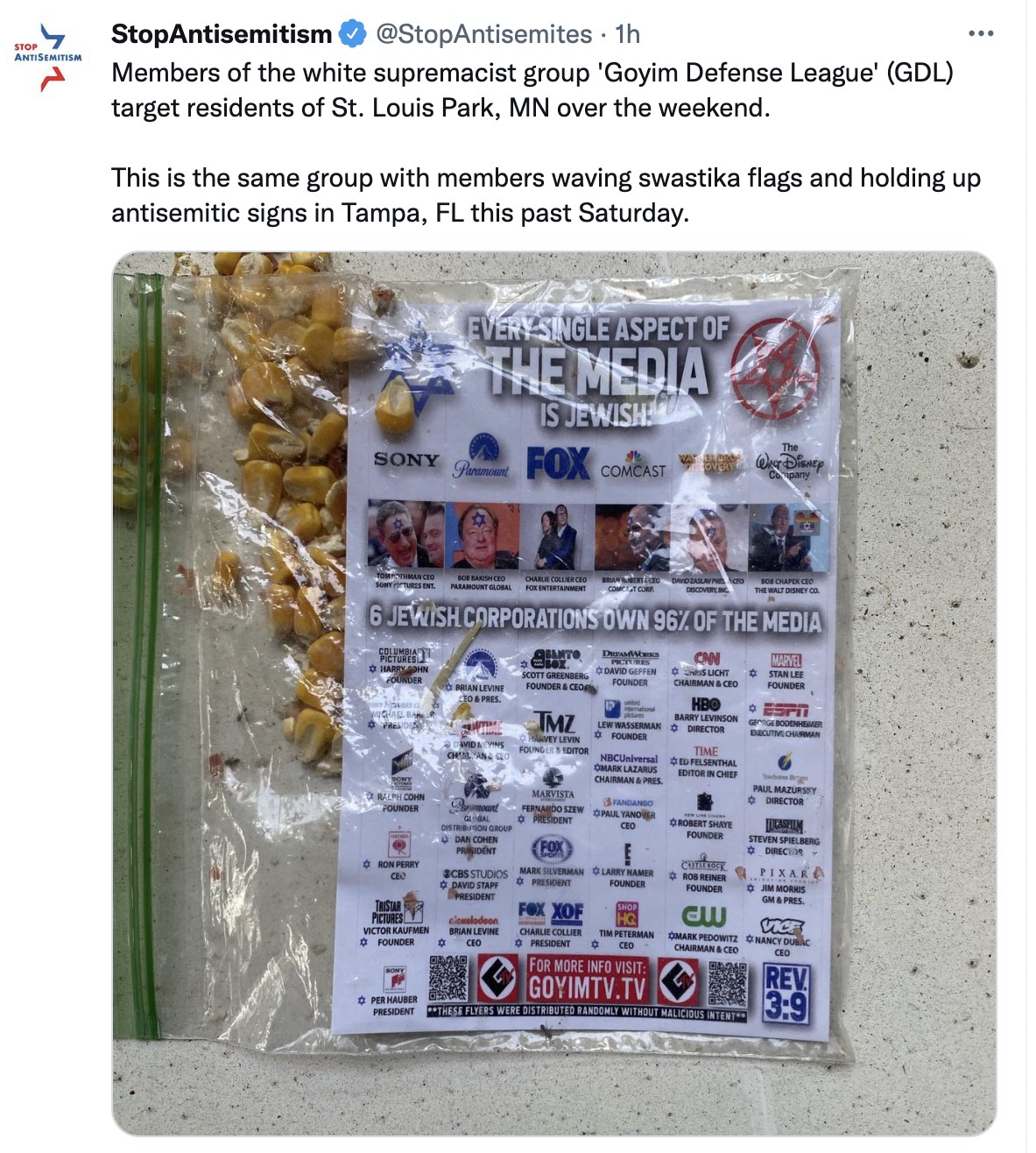 Anti-Semitic fliers claiming that Jews control the media were found outside homes in Minnesota, Georgia and Florida, July 2022. Credit: StopAntisemitism.org.
Republish this article in your newspaper or website