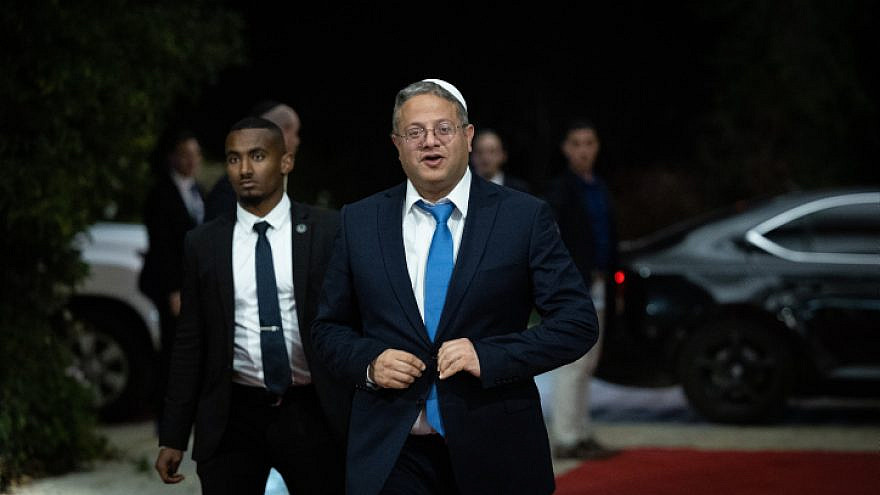 (January 25, 2023 / JNS) Israeli National Security Minister Itamar Ben-Gvir on Tuesday announced his plan for police reforms, warning that an outbreak of riots in mixed Arab-Jewish cities such as occurred in 2021 is right around the corner.

At a press conference attended by Israel Police Commissioner Yaakov “Kobi” Shabtai, Ben-Gvir said, “Guardian of the Walls 2 is coming,” referring to the widespread Arab rioting that occurred in May 2021 during an Israel Defense Forces operation against Hamas in the Gaza Strip. “We must strengthen the police and establish a national guard. We must be ready,” he added.

“The reference scenario that I hear from most of the professionals in the ministry and the police and the Border Guard and the IDF is that a second ‘Guardian of the Walls’ is at the doorstep. In such a scenario there is only one solution: strengthening the police and establishing a national guard,” he said.

The key aspects of Ben-Gvir’s plan include:

• Doubling the number of Border Police.

• Creating a special unit for the struggle against organized crime.

Ben-Gvir also sent a message to police officers who have resigned in recent years, asking them to “return home,” Channel 12 reported.

“In recent years there has been a painful wave of departures. I greatly appreciate my partner Kobi Shabtai, who works night and day for Israel’s security and stretches the police to the limit,” he said.

For his part, Shabtai said that the plan constitutes a “significant upgrade” to law enforcement, which will benefit the national security of all Israelis.