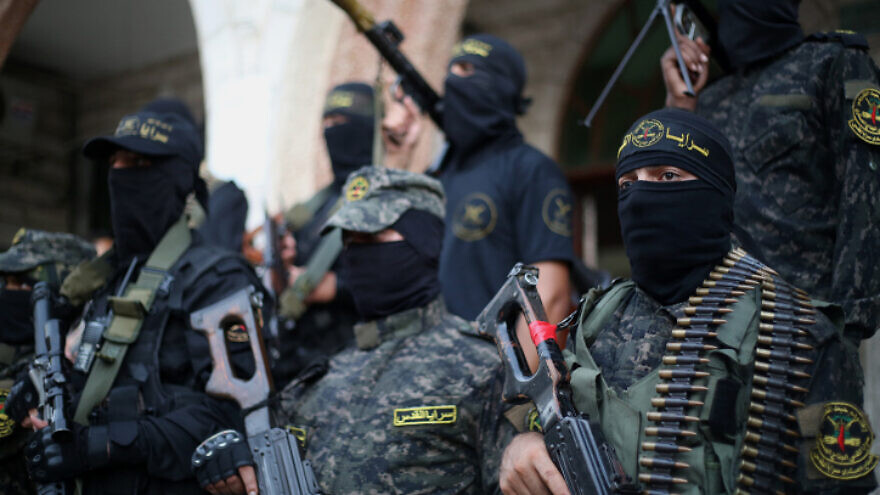 The week-long exercise, dubbed “Rukn a-Shadid 2,” included Hamas, Palestinian Islamic Jihad, the Popular Front for the Liberation of Palestine and the Popular Resistance Committees, a coalition of a number of small Palestinian terrorist groups in Gaza.

This is the second joint exercise of this kind held in the Strip. The first, bearing the same name, was held in December 2020 and included the use of mid-range rockets and drones operated by Hamas.

Palestinian media reported that the maneuvers “seek to convey political and military messages to Israel and the other mediators” that Hamas and the other groups in Gaza are growing impatient with the efforts to broker a long-term ceasefire between the Jewish state and the Islamist terrorist group, following the 14 days of fighting between them in May.

Egypt has assumed the role of broker in these efforts, which the European Union and the United Nations are also part of, but progress has been slow.

“The resistance will not sit idly by as the occupation escalates its actions against our people,” Hamas said in a statement issued on behalf of all the terrorist groups participating in the drill.