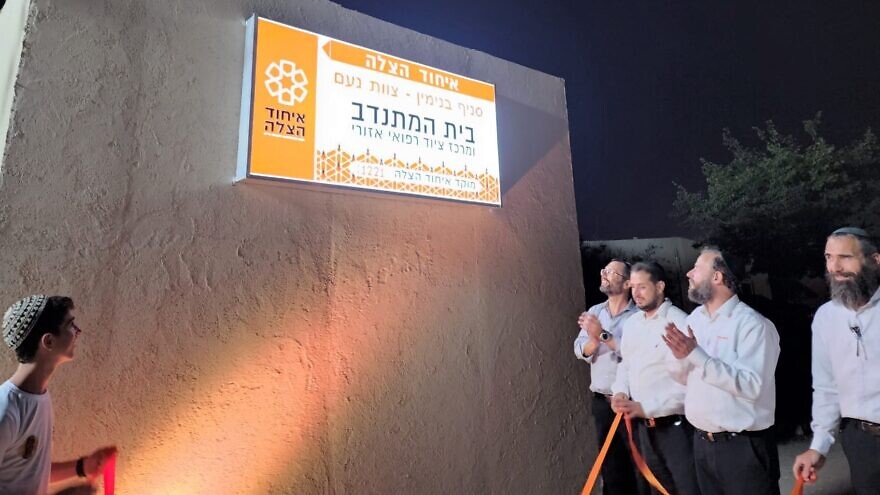 (September 8, 2022 / JNS) United Hatzalah is honoring the memory of one of its volunteers who was killed on May 13 by a Palestinian terrorist by naming a volunteer house after him.

Noam Raz was a volunteer paramedic and member of Israel’s National Counterterrorism Unit, Yamam. During what was called a “complex and delicate” operation in Jenin, the 47-year-old father of six from the town of Kida was shot and killed.

Now his former colleagues in Hatzalah are honoring his memory with the opening of the United Hatzalah Volunteer House that will serve as a medical-supply distribution point for the Binyanim region, as well as a training center and a second home for emergency medical volunteers from the organization in that region.

“Thank you for this beautiful and moving event; you are continuing Noam’s life path,” said Raz’s widow, Efrat Raz. “Noam was a paramedic for 19 years but from the moment he started the paramedic course until his death, he never stopped studying and learning about the newest practices, as well as reviewing older material, in order to be the most efficient he could at saving lives. Whenever he had a few minutes on the bus he would open up a medical book. His dedication to saving lives was limitless.”

She continued, saying, “despite his long days with the Yamam, he always made sure to do a United Hatzalah shift early in the morning, before his day with the unit or late at night.”

Raz said that “three qualities” characterized her husband’s treatment of patients and urged the Hatzalah volunteers to follow them as well.

First, she said, was the benefits of ongoing learning, which allowed her husband to quickly diagnose the medical issue at hand. “In addition, once arriving at the scene of an emergency, he had a calming presence that caused the chaos that usually characterizes such events to subside,” recounted Raz. “Finally, once he started treating the patient, he was especially gentle with the person who was in front of him while carrying out the necessary medical procedure decisively. These are the traits you should emulate.”

In that vein, United Hatzalah is also honoring Raz’s memory by renaming the Hatzalah unit in the Gush Shiloh area as “Team Noam.”

Menachem Bakush, head of the Gush Shiloh Hatzalah volunteers, said that “Noam had a way of always doing good and helping others, and that is something we should emulate in all of our activities, as emergency first responders, and as people.” 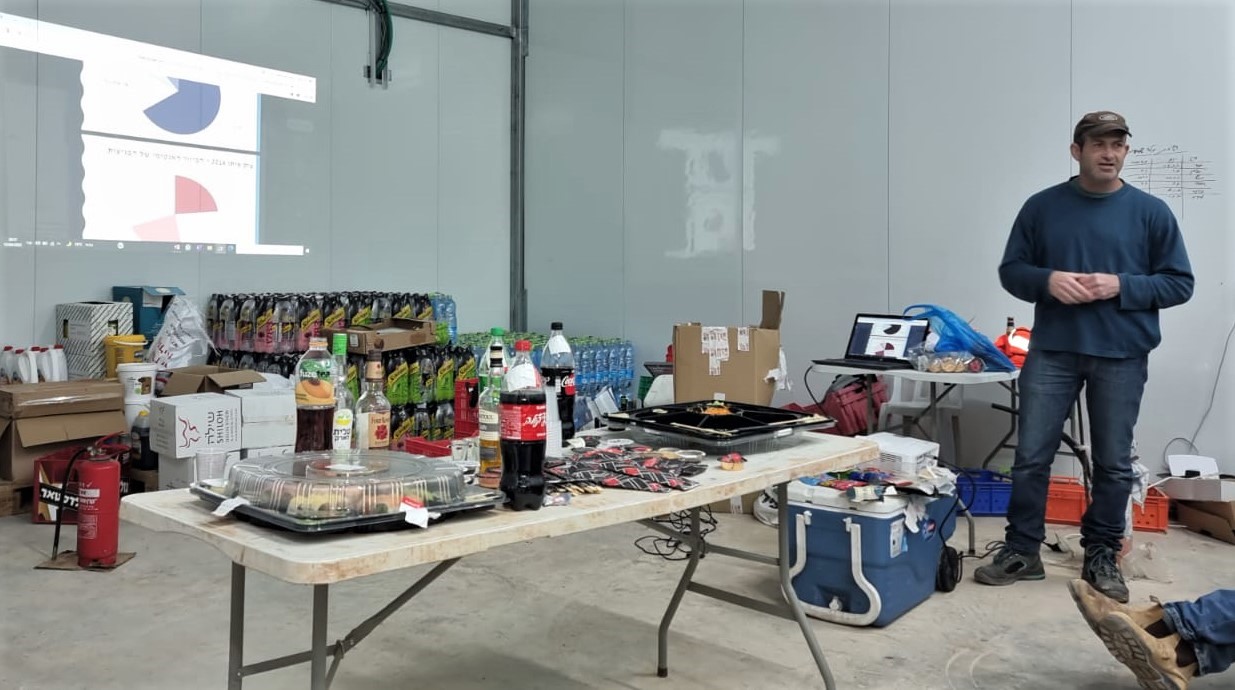 Noam Raz teaching a training course before Passover to his team in the Shiloh region. Credit: United Hatzalah.
Republish this article in your newspaper or website