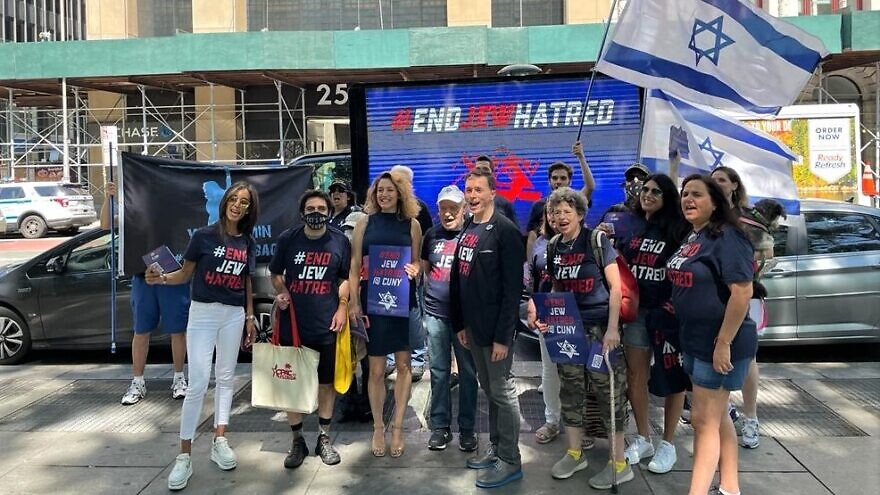 (July 1, 2022 / JNS) The New York City Council postponed an early June hearing on anti-Semitism on college campuses to accommodate the schedule of the chancellor of the City University of New York.

At the rescheduled hearing on Thursday, Chancellor Felix Matos Rodríguez was a no-show anyway.

Instead, he sent a lawyer and two witnesses to appear on Zoom, as the council’s Higher Education Committee investigated what it calls “a pervasive culture of anti-Semitism on City University of New York’s campuses.”

Combined with a lack of concrete answers from CUNY administration representatives to questions they likely should have expected, some council members grew frustrated.

“This makes me question how seriously this problem is being addressed. Between you being virtual and the chancellor not being here, this doesn’t fill me with hope. And I’m a hopeful person,” said Higher Education Committee chair Eric Dinowitz.

“It is appalling that the chancellor of a major university system is so unconcerned about systemic bigotry targeting minority students, twice blowing off a government hearing on anti-Semitism,” Brooke Goldstein, executive director of the Lawfare Project and a co-founder of the #EndJewHatred movement, said in a press release. “He cannot be trusted to uphold the civil rights of minority and marginalized students and faculty, including those in the Jewish community, and needs to go.”

She added that “his silence is precisely why Jew-hatred has flourished under his failed leadership of CUNY.”

Glenda Grace, CUNY’s senior vice chancellor for institutional affairs, strategic advancement and special counsel, said she could not think of any examples off-hand where the school has disciplined anyone for anti-Semitism. She also said she did not have information about how many anti-Semitic incidents have been reported on CUNY campuses.

The June 30 hearing came against a backdrop of what the committee members called a rise in anti-Semitism on CUNY campuses. Just this week, S.A.F.E. CUNY (Students and Faculty for Equality), an organization working to protect Jews and Zionists from a reportedly increasing level of hostility at CUNY, challenged the accreditation of CUNY’s law school.

In the wake of a resolution by the law school’s faculty endorsing a full-throated boycott of Israel and essentially anything connected to it, S.A.F.E. CUNY filed a complaint against the school with the American Bar Association alleging that the law school’s formal adoption of BDS policy is “discriminatory, infringes upon academic freedom, and violates multiple ABA accreditation requirements,” according to a letter released on Monday.

The letter was addressed to the ABA’s Council on Legal Education, the official accrediting body of U.S. law schools.

It points to the law-school faculty resolution, which not only demands a boycott of Israeli scholars and of Jewish student-exchange programs with connections to Israel, along with anyone with links to them, but calls for the elimination of the campus Hillel chapter and the cutting of ties with any company doing business in or with Israel. This includes both legal-research service providers used by CUNY law students and CUNY law faculty members. The resolution was originally put forward by the law school’s student government body and co-sponsored by the university’s Students for Justice in Palestine chapters. The student body passed the resolution in December.

The complaint asks the ABA to investigate a number of alleged violations of its Standards for Approval of Law Schools, including provisions for non-discrimination, diversity, professional environment and the ABA’s required permission for a substantive change in a law school’s program and/or structure. 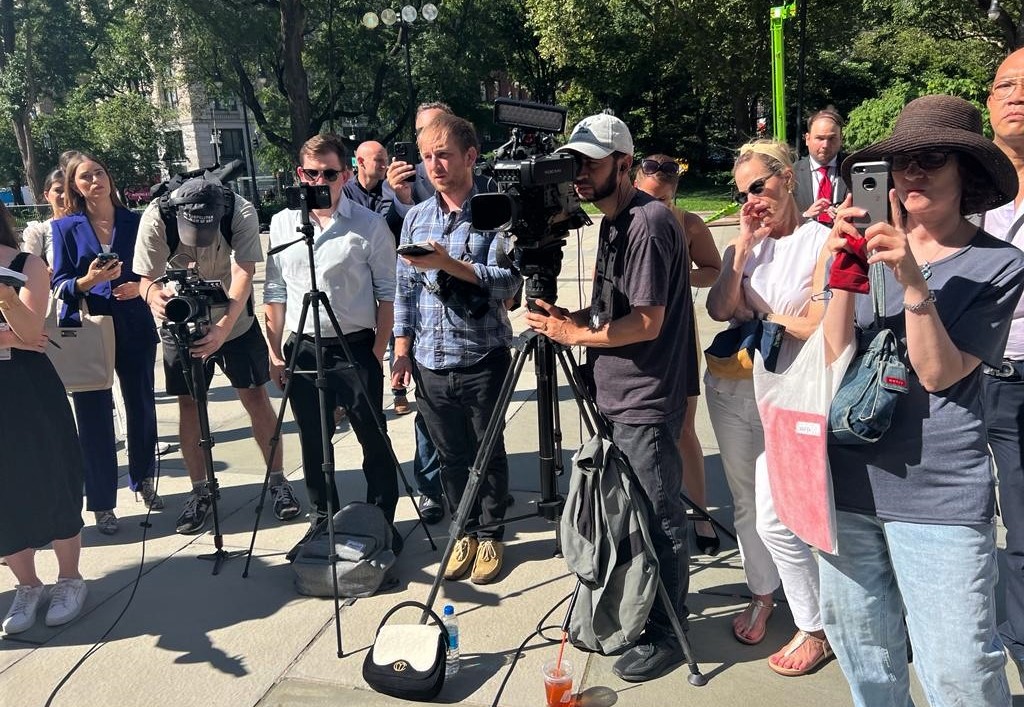 ‘They won’t work with a Zionist’

“They really should understand these are serious allegations and that they are not compliant with the standards for accreditation, and we expect the ABA to investigate. There are a few different options. They can sanction the school, they can remove their accreditation; they can do it temporarily until they come into compliance.”

Lax was among those testifying at Thursday’s council hearing, which was led by former CUNY students Dinowitz and Inna Vernikov, both members of the City Council’s Jewish Caucus. Michael Goldstein, a communications professor at Kingsborough Community College in Brooklyn, also testified, saying he “was the victim of a smear campaign calling for his termination and even physical violence against him because of his open expression of his Zionism.”

He told the committee that “it is horrible to be a Jew at CUNY.”

Rafaella Gunz, who defines herself as a bisexual, testified that she was labeled a homophobe and racist at CUNY law school after she tweeted “sometimes anti-Semites make me want to move to Israel.”

James Davis, president of CUNY’s Professional Staff Congress (PSC), which was found by the Equal Employment Opportunity Commission to have discriminated against Lax on the basis of religion, refused to answer questions from Vernikov on whether he personally supported BDS. A publicly available video showed the PSC president promoting a BDS resolution last year.

CUNY officials have also stated that they will not commit to adopting the International Holocaust Remembrance Alliance (IHRA)’s working definition of anti-Semitism, despite its adoption by New York State. Lax told JNS the law school should do so as part of coming back into compliance with ABA standards.

There have long been complaints among Jews at CUNY about a hostile environment, culminating with last month’s CUNY law-school commencement address by activist Nerdeen Kiswani, whose past vitriol has included the cheering of the death of Israelis during terror attacks and repeated calls for the destruction of Israel. Kiswani’s commencement speech, in which she railed against Zionism and its alleged influence on campus, was visibly and enthusiastically cheered on by faculty members on stage with her.

According to Lax, the resolution and the position of the law-school faculty is so extreme that if the resolution had the weight of force, he himself would be barred from the law school. He said that he had no hesitation in forcing the accreditation issue, even if it means that his own university could possibly lose its law school authorization.

“How could it be my own school? I’m a Zionist, and they say they don’t want Zionists in the school,” he posed. “They won’t work with a Zionist, won’t have anything to do with Zionists. I donate to Jewish charitable causes in Israel. That would ban me from the law school because, under their terms, I’m doing business with Israel.

“That’s not me singling them out, that’s them singling people like me out,” said Lax. “It would be like saying to a black person, ‘Well, we’re not allowing black people’. Why would you have any hesitance complaining about it if they don’t want certain kinds of Jews at their university?”