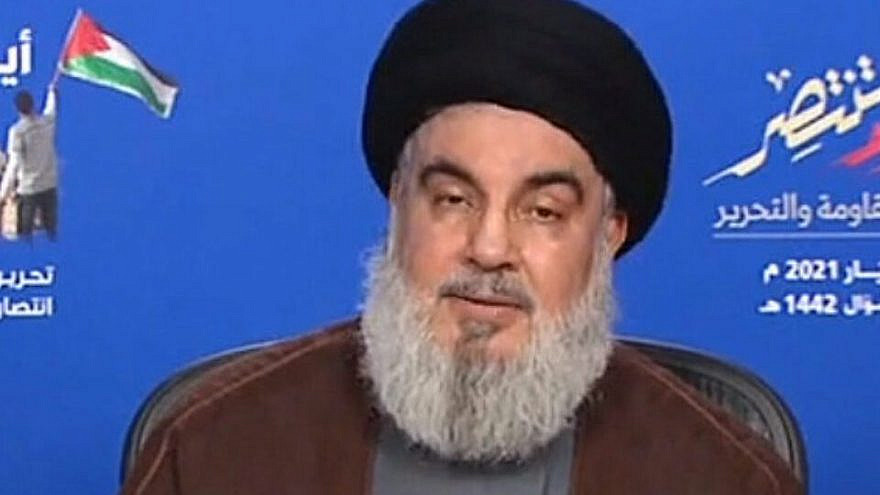 (June 8, 2021 / JNS) Hezbollah leader Hassan Nasrallah delivered his first televised speech on Tuesday evening since his cough-filled speech aired on May 25, which led to speculation over the state of his health.

Nasrallah dedicated most of the address to the 30-year anniversary of the Hezbollah-operated Al-Manar television station but also discussed tensions with Israel, the Lebanese domestic political and economic crisis, and rumors surrounding his health.

“A massing of circumstances led us to this point: Economic crisis, poverty, unemployment and more,” he said, in remarks translated by Ynet. “Those who say Hezbollah is the reason for the crisis are ignoring the real reasons,” he claimed.

Hezbollah has offered 20,000 volunteers “to support” Lebanon, said Nasrallah. He added that Iran has offered to send fuel to Lebanon that can be paid for using Lebanese currency, stating “if we indeed buy this, we’ll bring it in through Beirut port.”

Addressing his health, Nasrallah said: “There were people who ‘killed’ me, and there are those who began to search for a replacement. Inshallah [with the help of God], I am with you and among you. We’ll continue together on the path. I still dream, and will dream, and will carry a big hope that we will pray in Jerusalem, in the Al-Aqsa mosque, together.”